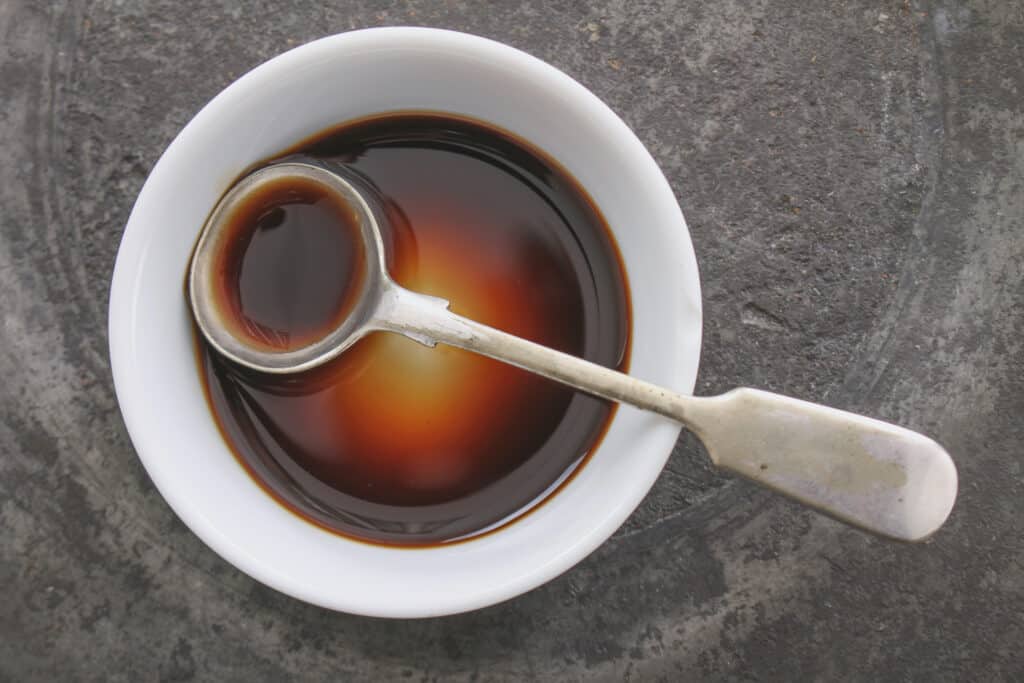 Worcestershire sauce comes from Asia. The official story states that in 1835, Lord Marcus Sandys requested that his local chemists whip up a batch of his favorite sauce from India. Sandys had been governor of Bengal at one time and had a recipe for a sauce from the subcontinent. The chemists were named Lea and Perrins. They made the sauce and gave some of the batch to Sandys and kept some for themselves but found it too pungent so they stored it away.

Some versions of the legend state that their sauce was a failure while others say that Lord Sandys enjoyed it. Many years later, they found the batch that they had made and discovered that it had mellowed considerably. The sauce was now a flavorful, savory condiment that could enhance plain dishes. They began selling it to customers and it became popular.

Lea and Perrins had been quite successful before Worcestershire sauce. They employed a team of traveling salesmen who sold their medicines door to door in England. Using these salesmen, they were able to create a high demand for Worcestershire sauce in and around Birmingham and were even able to get in it onto British Cruise ships.

It became popular enough that by 1845, they were able to build a factory dedicated to the production of Worcestershire sauce. It would become a popular condiment for steak throughout Europe and would eventually make its way to the United States. In 1855, they were selling around 30,000 bottles of it a year. At the time, they promoted it as a health aid and claimed that it was able to improve digestion.

The popularity of Worcestershire sauce spawned copycats who infringed upon the sauce’s name and the Lea and Perrins brand. The pair took their imitators to court but also started printing their signature on labels to help customers identify the genuine product. In 1876, England’s High Court ruled that Lea and Perrins could not trademark the Worcestershire name for their sauce. As a result, anyone was allowed to make a sauce with that name.

Worcestershire sauce owes much of its flavor profile to anchovies. At its core, it is a fermented fish sauce. The fish are anchovies. Along with the umami character from the fish, it also contains tamarind for a complementary tartness.

Adding Worcestershire sauce to your food may help with efforts to prevent or treat certain health problems like:

Worcestershire sauce makes a great addition to marinades and barbecue sauces. It is great for bringing extra flavor to steaks and can make your bloody Mary mix stand out.