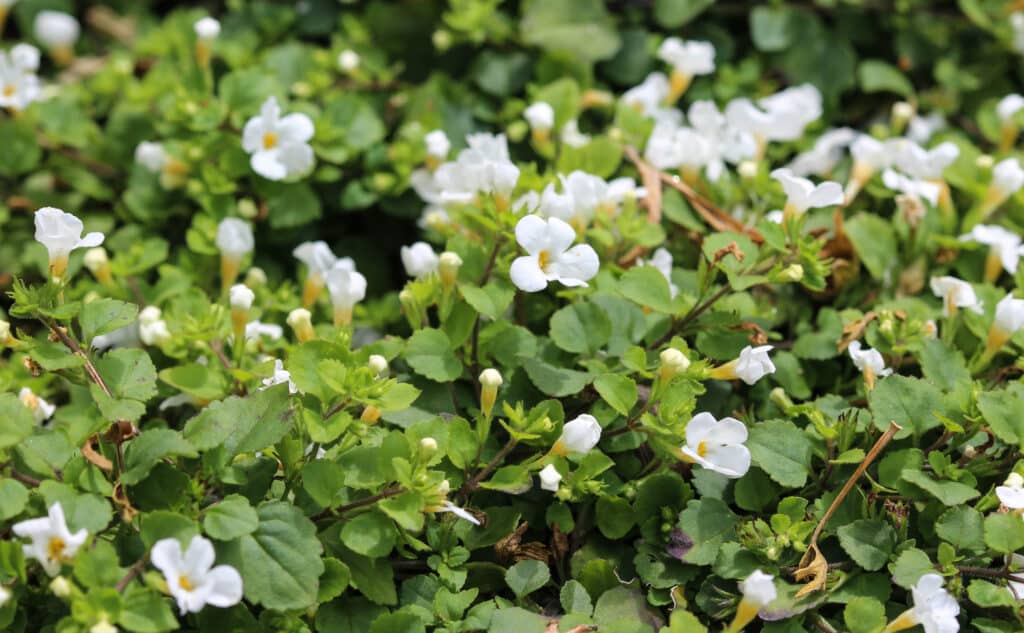 Water hyssop is also called brahmi, but it sometimes goes by its botanical name: Bacopa monnieri. Note that in India, Centella asiatica (gotu kola) is also called brahmi. Brahmi translates to expands consciousness. While water hyssop is native to India and the surrounding region, it has become naturalized all over the world. You can find it throughout Asia and in much of Africa. There are varieties of it in Florida as well as in Central America and Taiwan.

Water hyssop has been a staple herb in Ayurvedic medicine for about 3,000 years. In ancient Ayurvedic texts, the writers described it as being able to improve the quality of cells and tissues by making them better able to handle stress and aging. Juice made from water hyssop and consumed over 21 days when paired with a light diet was supposed to be able to make an individual better able to learn. Bear in mind that the same text also claimed that it would enable a person to live for 500 years, so take it with a grain of salt. Yogis practicing meditation are said to consume the herb. They eat small amounts of fresh leaves daily to enhance their meditation.

In 1998 scientists used water hyssop in experiments on nitric oxide in the cardiovascular system. Those experiments won them the Nobel Prize in Physiology.

These days, water hyssop is best known as a nootropic and is often sold dried and powdered under the Bacopa monnieri name.

Fresh water hyssop leaves are odorless with a slightly bitter taste. Honey or sugar is often added to water hyssop juice to counteract the bitterness and make it more palatable.

Water hyssop has several beneficial compounds, including some that are unique to it. Those compounds account for many of the plant’s most important health benefits. The compounds include:

Water hyssop is commonly used to treat health problems like those below or to prevent them.

Traditional ways to consume water hyssop include as a decoction in milk or as a ghrita. The latter term means that it is used to make a medicinal ghee. In India, water hyssop is viewed as a particularly good brain tonic when paired with ashwagandha. Fresh water hyssop leaves can be juiced (they are succulent) or cooked in a dal.