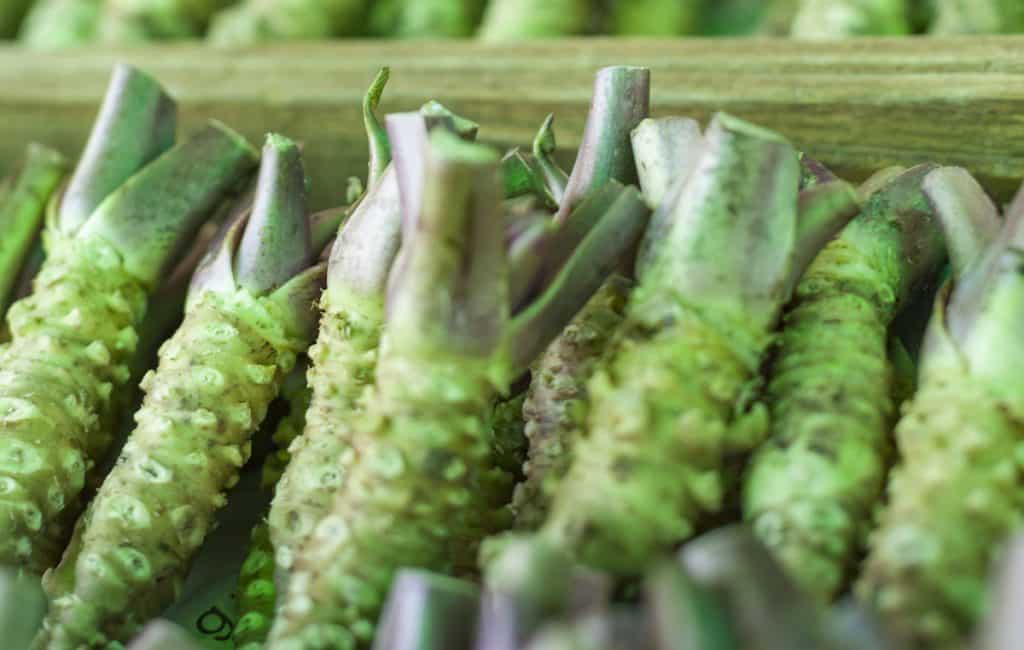 Wasabi is the quintessential Japanese spice and is necessary if you decide to make your own homemade sashimi or wasabi peas. The problem is that real wasabi is hard to find and when you can find it, it tends to be expensive. That’s where wasabi substitutes come in. With the right alternatives, you can get a similar flavor profile easily and at a lower cost.

Your ability to make an effective wasabi substitute depends exactly what form of wasabi you are replacing. Most of the wasabi sold on grocery store shelves in the US is not true wasabi at all. Many do not contain any actual wasabi, but a few brands may have a small amount of the powder thrown in. Usually, grocery store wasabi consists mostly of horseradish along with a little mustard and green food coloring. If this is the flavor profile that you are trying to replace, you can simply assemble the three ingredients and make your own version. The wasabi that you make will have a very similar appearance and flavor profile to prepackaged wasabi. If you want something closer to the fresh product, try one of the other wasabi substitutes below.

Horseradish is far and away the best pure wasabi alternative available. It is a substitute for the pure root that you would find in a restaurant in Japan, not for the bottled version sold in US grocery stores. Consider the fact that not only does it come from a relative of the wasabi plant, it has a similar flavor and texture as well. With wasabi, the rhizome is the main part of the plant that is used; with horseradish, it is the root that is the most commonly utilized part. Note that some resources do refer to the wasabi rhizome as the root. Both have similar drawbacks in that unless they are kept in covered containers, grated horseradish and wasabi will quickly lose their potency. Even the powdered versions will lose heat and pungency over enough time, despite having a much longer shelf life.

Beyond its similarities, horseradish makes a good wasabi substitute because it is relatively easy to find. Prepared horseradish can be found in most grocery stores in the US. It is certainly much more affordable than fresh wasabi, which is harder to find outside of Japan.

Note that while they are very similar, the flavors are not identical since wasabi has a much more complex and herbaceous flavor than that of horseradish.

You can use horseradish as a 1:1 substitute for wasabi.

In a pinch: Spicy brown mustard

Use spicy brown mustard as a 1:1 substitute for wasabi.