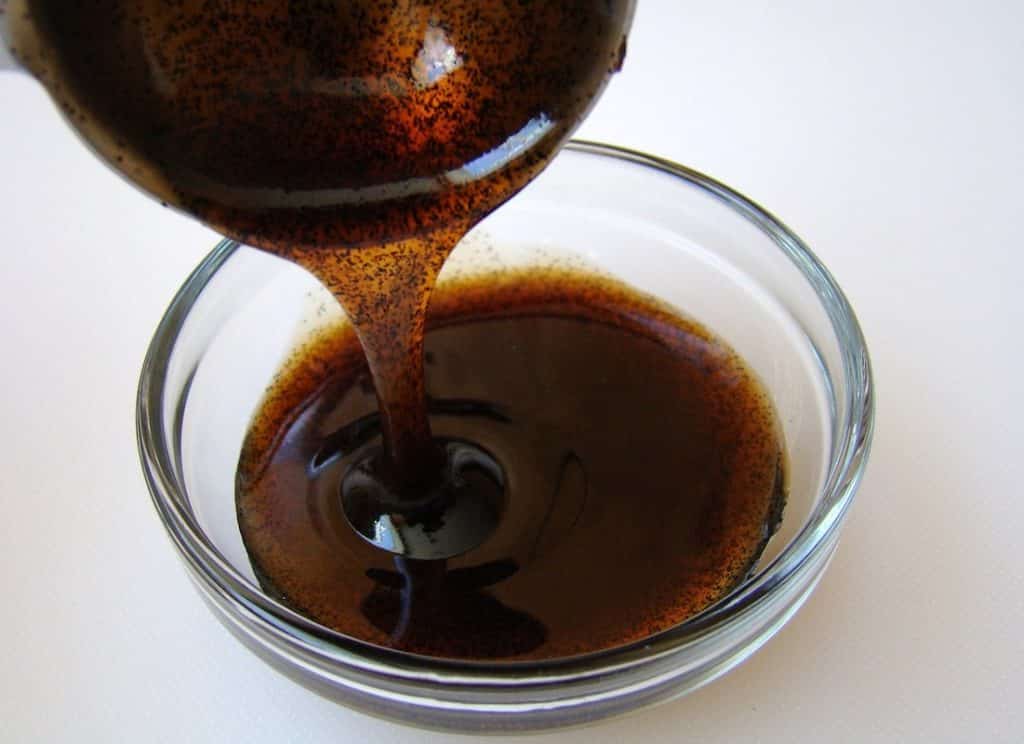 Vanilla powder and vanilla paste are two great ways to add vanilla flavor to dishes. What’s more, neither of them contains alcohol, which means that neither will give the alcoholic aftertaste that can come with vanilla extract. How do these two forms of vanilla compare to each other? How should you use them to get the most benefit from each? We will consider these questions and more in this SPICEography Showdown.

How does vanilla powder differ from vanilla paste?

Aside from the obvious textural difference, vanilla powder and paste do have certain crucial differences in both flavor and how they are used. Both are similar in that they offer the clean taste of vanilla.

There are several types of vanilla powder, some consist simply of dried and ground vanilla beans while others consist of vanilla extract mixed with sucrose, dextrose or cornstarch and dried. One key difference between the forms of vanilla powder is that ground whole beans will not dissolve while vanilla powders made with dextrose or sucrose will. Vanilla powder is great for mixing with dry ingredients without adding any additional moisture. The dextrose and sucrose forms can be mixed into liquids where they will dissolve quickly and easily. You can use them to make homemade pancake, or cake mixes as well as hot cocoa mixes.

Vanilla paste is a mixture of ground vanilla beans and vanilla extract. It may then be mixed with corn syrup or another sweetener. The paste consistency makes it useful for making desserts with a lot of moisture like custards or vanilla creams. Vanilla paste is also popular for making chocolates.

Can you use vanilla powder in place of vanilla paste and vice versa?

Vanilla powder and vanilla paste are both good substitutes for each other as long as you are mindful of their differences.

Vanilla powder will work in most recipes that require vanilla paste; however, not all types of vanilla powder will provide the small black specks that many people associate with high-quality vanilla desserts. Its dry texture also means that you may need to reduce the proportion of dry ingredients in the recipe to compensate for its presence.

Vanilla paste will also work in most recipes that require vanilla flavoring and it will provide the black specks; however, it may also give light-colored dishes a brownish tint. In addition, it may throw off the wet/dry ratio in delicate and temperamental desserts like macaroons and cause them to fail. For best results, use it as a vanilla powder substitute in dishes with a high liquid content like creams and custards.

Even though vanilla powder and vanilla paste are versatile ingredients that can be used in most recipes that call for vanilla, they are each suited for some things more than others. Use vanilla powder recipes in dry baked goods like cookies and cakes. It disperses well in the dry ingredients and will retain its flavors even when it is baked for long periods at high temperatures. You can also use vanilla powder when you just want to lightly sprinkle vanilla on top of baked goods rather than bake it into the item itself.