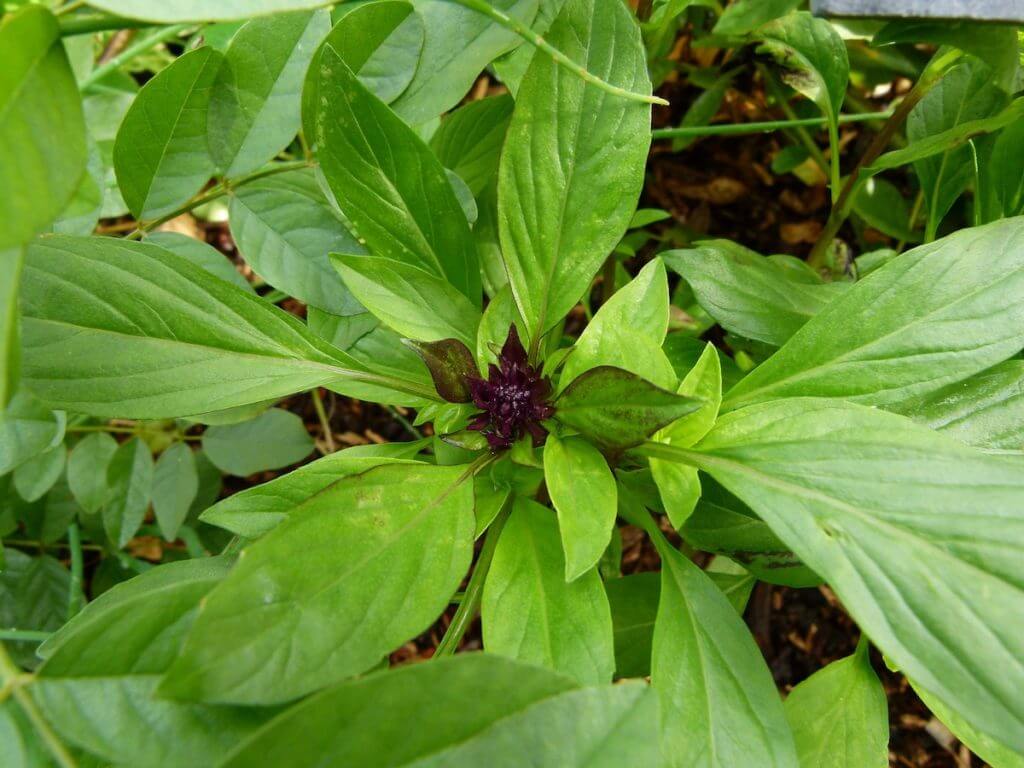 Thai basil is native to Southeast Asia, but is believed to have originated in India; however, some experts believe that it may actually have originally come from Iran. It has been cultivated on the subcontinent for approximately 5,000 years. One relative of Thai basil is called tulasi in India and is considered a sacred plant. Tulasi holds an esteemed place in Ayurvedic medicine.

Like the Mediterranean variety, Thai basil is a member of the mint family.

It should be noted that there are three types of basil commonly used in Thai cooking. They are:

It should be noted that Thai basil is able to withstand longer cooking times better than the Mediterranean variety.

Thai basil is a rich source of many important nutrients, including:

The various health compounds in Thai basil enable it to prevent or treat conditions such as:

Thai basil is most commonly used in Thai cuisine. It is used in a large number of Thai soups, curries and stir-fries.

Thai basil also shows up a lot in Vietnamese cuisine. Pho is a popular Vietnamese dish that features this herb. It is considered an essential ingredient for the dish and is used to make its flavors richer. Thai basil is seen as being even more important for a good pho than cilantro.