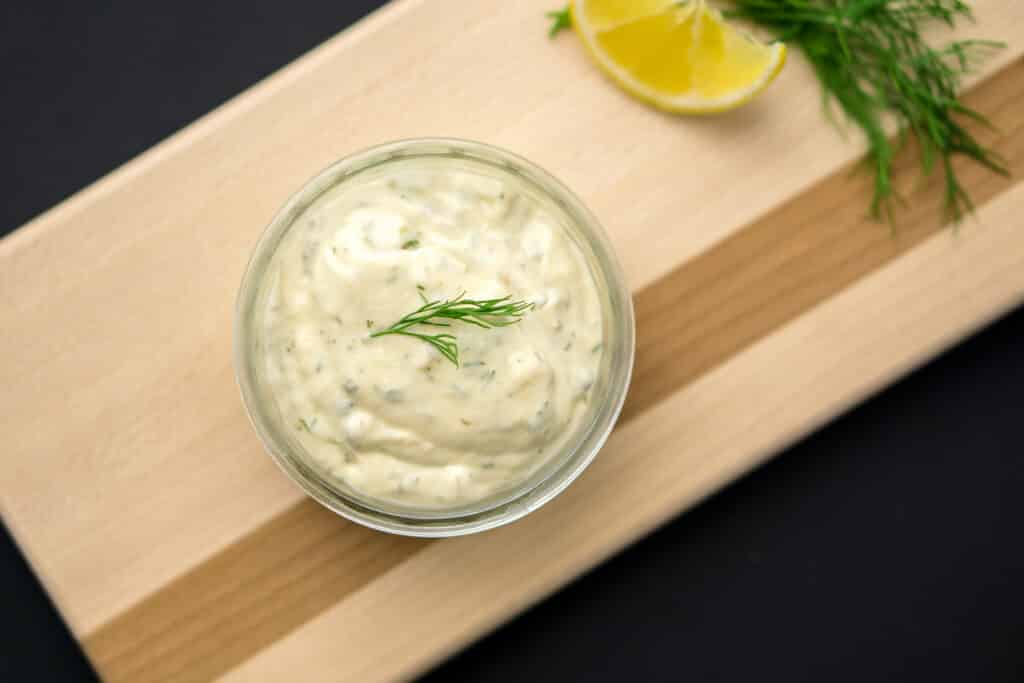 The sauce’s name comes from the Tatar horsemen of Central Asia from 800 years ago. These horsemen have a reputation for consuming horse meat raw. According to one popular legend, they placed slices of raw horse meat under their saddles to be pounded and softened by a day’s riding. The result was supposed to be meat that was soft enough to eat in the evening. This story is probably a myth.

Historians now believe that it arose from a misunderstanding by early European travelers of the Mongols’ use of horse meat as a treatment for saddle sores. What is not a myth is that the Mongols did eat chopped raw horsemeat. News of this was brought back to Europe by German sailors. The information is believed to have resulted in the eventual invention of hamburgers in Germany and the raw beef dish known as beef or steak tartare.

Beef tartare was a French invention that showed up on menus at the start of the 20th century. Tartar sauce was first mentioned as an accompaniment for beef tartare and the dish is said to have received its name from the sauce, not the other way around.

The early incarnation of tartar sauce consisted of an egg yolk puree (the yolks were hard-boiled) along with oil, vinegar, and chives. Some versions of the beef tartare dish were served with a raw egg yolk on top. Most versions of tartare that you find on menus today will include the egg yolk but omit the tartar sauce.

The tartar sauce that you see today in the United States and the United Kingdom is a mix of mayonnaise and chopped pickles. Tartar sauce in French is sauce tartare, which is why you will sometimes see tartar sauce spelled as tartare sauce.

Like any other condiment that has been around for a while, tartar sauce has numerous incarnations including some that feature capers and shallots. However, the most common blend consists of mayonnaise and chopped pickles or relish along with a little onion. The flavor is tangy from the mayonnaise along with a slight sweetness from the pickles and any added sugar.

Tartar sauce is not a great source of nutrients, nor does it help to lower calories or provide any other similar health benefits. It does contain trace amounts of vitamin A and calcium due to the egg yolks it contains, but not enough to provide any significant nutritional benefits.

Tartar sauce consists mostly of mayonnaise, which means that it poses some health problems. Mayonnaise is made mostly from eggs and oil and consists almost entirely of fat. Tartar sauce also contains a significant amount of sugar. Some experts recommend replacing the mayonnaise component with nonfat plain yogurt for a healthier version.