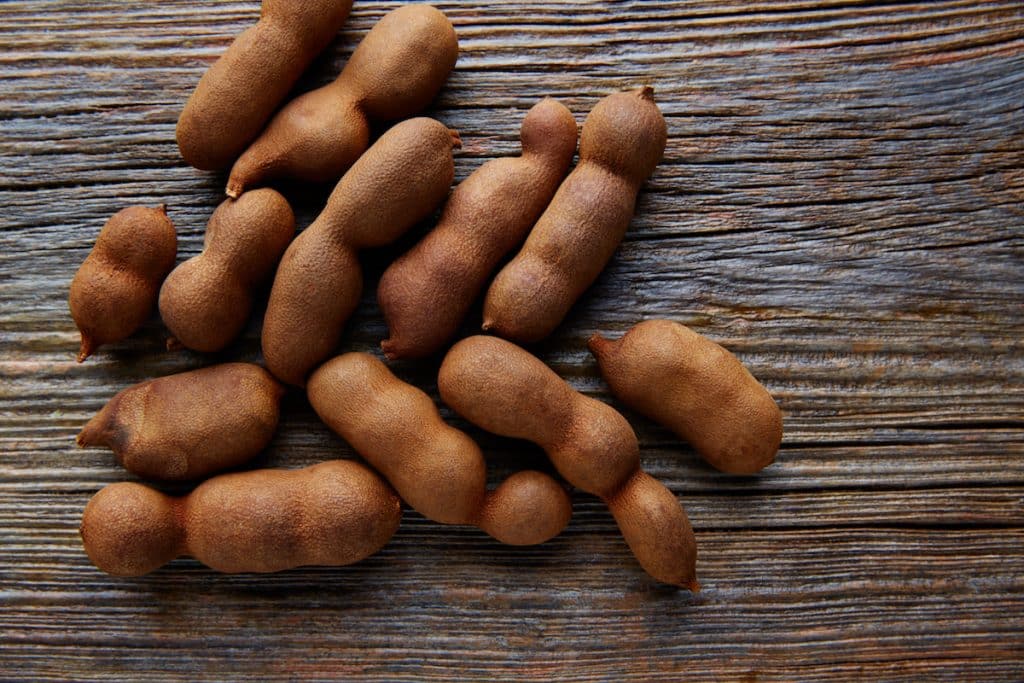 The tamarind name comes from the Arabic term tamar hindi, which means Indian date. The leguminous tamarind tree is believed to originate in Africa but has been heavily cultivated in India since antiquity. It is likely that it was brought to the subcontinent by Arabian traders. In Africa, it grows wild in Nigeria as well as in Cameroon and other countries.

Historical documents show that tamarind was cultivated in Egypt as early as 400 BC and was known to the Greeks in this time period as well.

Tamarind was introduced to Mexico and to South America in the 16th century; the documentation suggests that it was brought to Acapulco from Asia by the Spanish. Today, you can find tamarind throughout South America and the Caribbean. Tamarind trees can also be found in Hawaii, where one of the first trees was first planted in 1797. It is a staple ingredient in Mexican cuisine and is used to a lesser extent in the West Indies. Mexico has over 10,000 acres dedicated to tamarind cultivation.

Tamarind may be best known to Americans as one of the flavors in Worcestershire sauce. Tamarind has a sweetness paired with a distinctive and intense sourness that is more pronounced in the dried fruit.

Tamarind is a healthy ingredient in addition to being a flavorful one. Consider the fact that tamarind contains several health-enhancing compounds like these below:

Tamarind may be used for treating or preventing conditions such as:

In addition to its use in Worcestershire sauce, tamarind’s numerous culinary uses include as a seasoning for fish and meats in India. In Mexico and the Caribbean, tamarind is a popular flavoring for beverages. In Puerto Rico, it is made into a syrup that is poured over shaved ice. It can also be made into a jelly or into a jam.