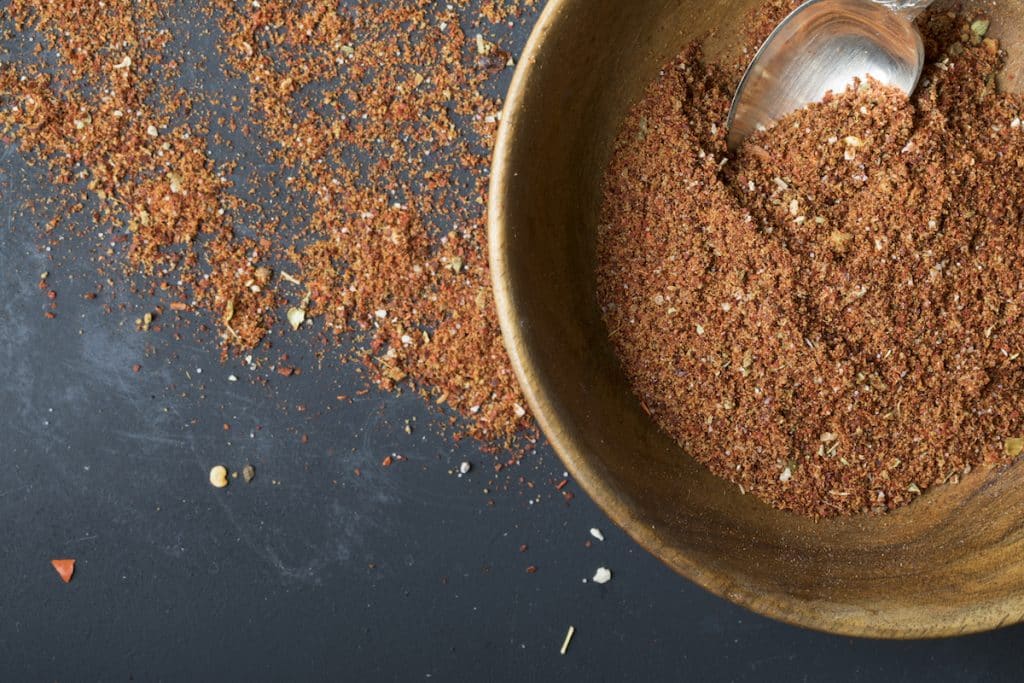 Taco seasoning is a convenient way to purchase and use the spices most commonly used for flavoring taco meat. The spices in taco seasoning are the same spices used throughout traditional Mexican cooking and include chili pepper along with cumin and oregano.

Food historians state that the first taco showed up at some point in the 16th century and consisted of tortillas, onto which were piled cooked meat and toppings. The word taco has one of two possible origins—a term for an explosive wrapped in paper used by Mexican silver miners and the Nahuatl word meaning in the middle. The original taco was most likely made with beef, but the popularity of the dish would spread throughout Mexico. The result would be numerous regional taco variations using different meats including pork.

Tacos would become popular in the US in the early part of the 20th century. Towards the middle part of the century, the hard-shelled taco was invented and Mexican food would start to take off throughout America. It was around this time that Mexican-themed restaurants like Taco Bell began to grow in popularity.

Today, tacos continue to be popular with Americans and are easier than ever to make at home. Along with the ease of finding premade tortillas in local grocery stores, it is also possible to find the spices that give this food its distinctive taste. Premixed taco seasoning blends are readily available and make it possible to make tacos with an enjoyable flavor without having to buy each spice individually.

There is no one universal recipe for taco seasoning, which means that the flavor profile varies a lot based on the maker’s preference. In Mexico, the spices are traditionally purchased individually and the blend assembled according to the cooks’ taste. In most blends, the earthy and herbal notes of cumin and oregano are at the forefront and the heat of chili powder and other spices form the background notes.

The spices used to make taco seasoning are each nutritious in their own right and have beneficial components such as:

The spices in taco seasoning can help to prevent a variety of health conditions, including:

Of course, the main way to use taco seasoning is to flavor taco meat; however, it is versatile and can also be used in other Latin foods and even as a dry rub for grilled meats. Use it in taco-themed dishes like taco soup or sprinkle it over fries for a flavorful side dish.