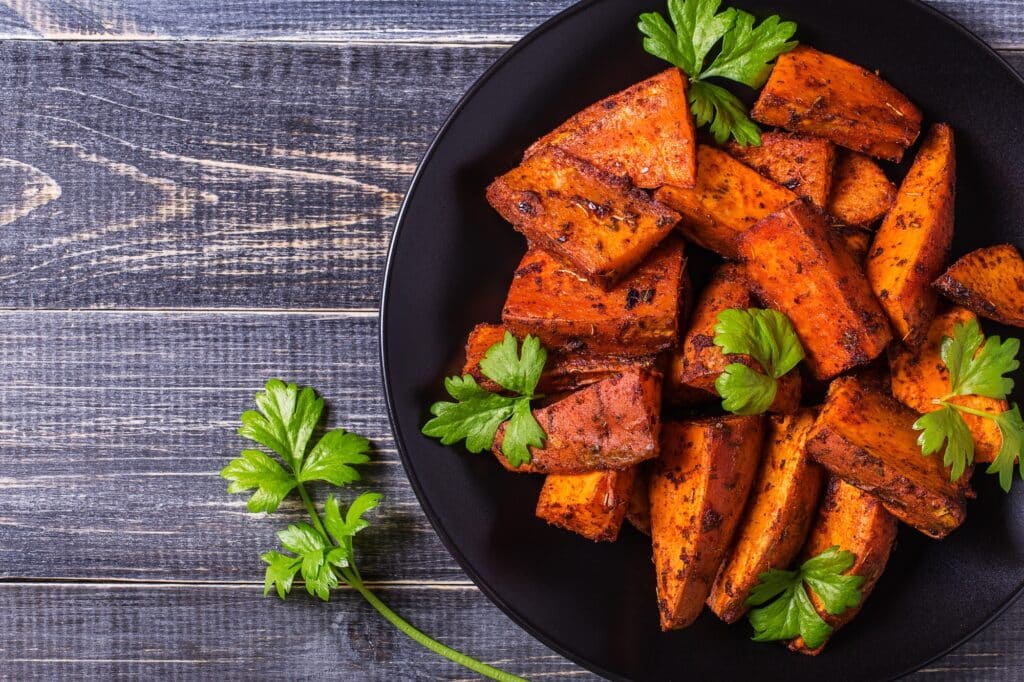 Sweet potato is a starchy tuber with a little sweet taste and high nutritional content. While sweet potatoes are quite flavorful on their own, you can also significantly improve their flavor with the addition of a few specific spices. Here are some of the best sweet potato spices:

One of the many relatives of mint, rosemary can enhance the sweetness of sweet potatoes. It does this with its piney, resinous and citrusy aroma and flavor profile.

Rosemary shares an important characteristic with other herbs in its family, which is that it is just as useful dried as it is fresh. If you don’t want to add the herb directly to the sweet potato, you have the option of infusing it into butter or oil that you can then use as a topping.

While cayenne pepper is not the most flavorful chili pepper, it does provide a decent amount of heat. That heat pairs well with the sweet flavors of the traditional sweet potato spices as well as the sweetness of the potato itself. Not only is the cayenne pepper a great addition because of its taste, but it can also be a visually appealing touch.

Olive oil is the preferred cooking oil for sweet potatoes partly because of the flavor but also because of the health benefits. Roasting sweet potatoes typically won’t involve excessively high temperatures, so the smoke point of a cold-pressed oil like extra virgin olive oil will not pose a problem.

The herbaceous flavor of the olive oil can not only complement the starchy sweetness of the potato, but it can also help to maximize its health benefits since olive oil is a good course of vitamin E and oleic acid.

Many of the recipes that include sweet potato also include a sweetener. Brown sugar is a common option. Brown sugar consists of white sugar with a small amount of molasses.

In addition to its sweetness, the molasses gives it a subtle but distinctive caramel flavor. Recipes for candied or glazed sweet potatoes commonly include brown sugar, as do some recipes for roasted sweet potatoes.

Ideally, what you want are fresh black peppercorns that you grind directly onto the sweet potato or right before you intend to sprinkle them on. When fresh, whole black peppercorns offer a complex flavor profile that includes notes of lemon along with its gentle heat.

Ground prepackaged black pepper can work as well, but its flavor profile will be one dimensional when compared to the whole peppercorns.

The two forms of cinnamon you are likely to find in your grocery store are true cinnamon — also known as Ceylon cinnamon — and cassia. The two are related, and their flavors are similar, but there are noticeable differences. Either can work as a seasoning for sweet potato. You will often see cinnamon as the main spice used for sweet potato. It may be paired with the butter to make a cinnamon butter, or you can simply sprinkle it on like any other spice.