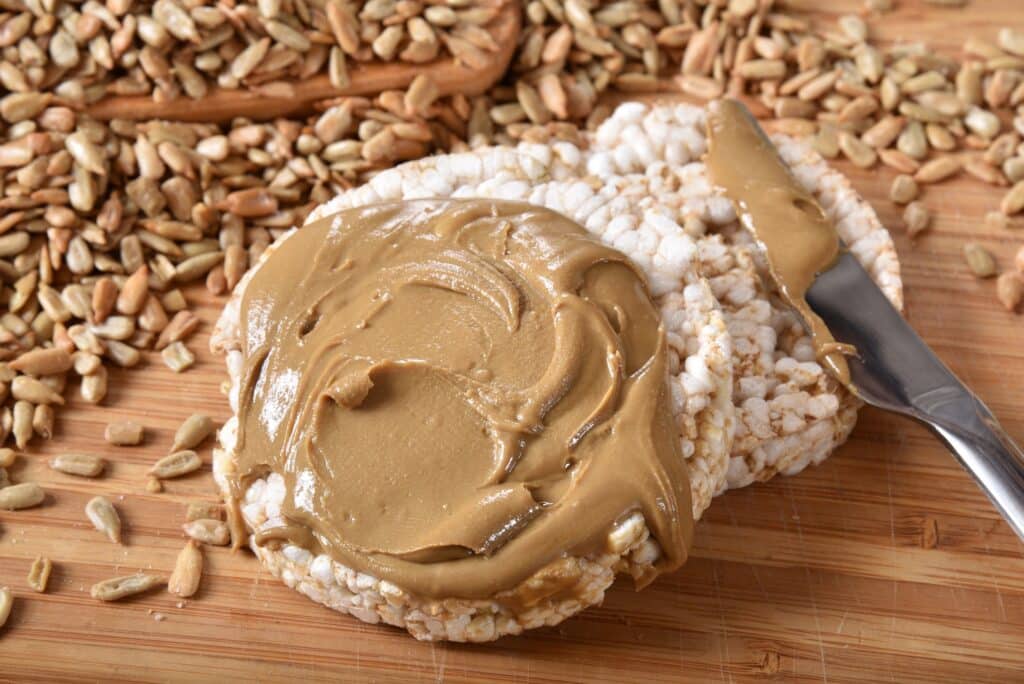 Sunflower butter is made mainly from roasted and ground sunflower seeds, but sometimes sunflower oil may be added in to give it a better consistency. Historians believe that sunflowers are one of the first crops cultivated in the Americas, and may well have been cultivated even before corn. Domestication of sunflower seeds may have occurred as early as 1000 BCE. Sunflower seeds were used as a source of fat by early hunter-gatherers.

Sunflowers were likely introduced to Europe via Spanish Explorers to the New World in the 16th century. The sunflower made its way through Europe, eventually being adopted in Russia. The Russians began selecting for oil content as they cultivated sunflowers, which resulted in an almost 100 percent increase in oil yield from sunflower seeds.

The enhanced Russian sunflowers made their way to the US in the 19th century, and their seeds quickly became a staple. Historians believe that the sunflower was probably returned to the US by immigrants from Russia. Sunflower seeds became popular for producing oil and as animal feed.

The earliest attempts at marketing sunflower butter took place in the early 1980s. The product did not catch on as many people found the flavor unpleasant.

Sunbutter is a sunflower butter product formulated to resemble peanut butter in its flavor and consistency. It is the result of a collaboration between the United States Department of Agriculture’s Agricultural Research Service and a sunflower seed producer from North Dakota called Red River Commodities. They took steps to deal with the flavor problems of the earliest versions of the product.

In recent years, sunflower butter has become one of the most popular seed butters as people seek alternatives to peanut butter.

Because it is made from ultra-healthy sunflower seeds, sunflower butter has an impressive array of health benefits that comes from its nutrients. Those nutrients include:

Sunflower butter is commonly used to treat or prevent health problems like:

Like most nut and seed butters, sunflower butter has a high fat content, so it can contribute to obesity. It is also loaded with omega-6 fatty acids, which can promote inflammation if you consume them in excess.

Sunflower butter is popular as a spread for bread and can be used in any application that calls for other nut butters. Use it in baked goods and desserts, in oatmeal and as a way to supplement the protein in smoothies.