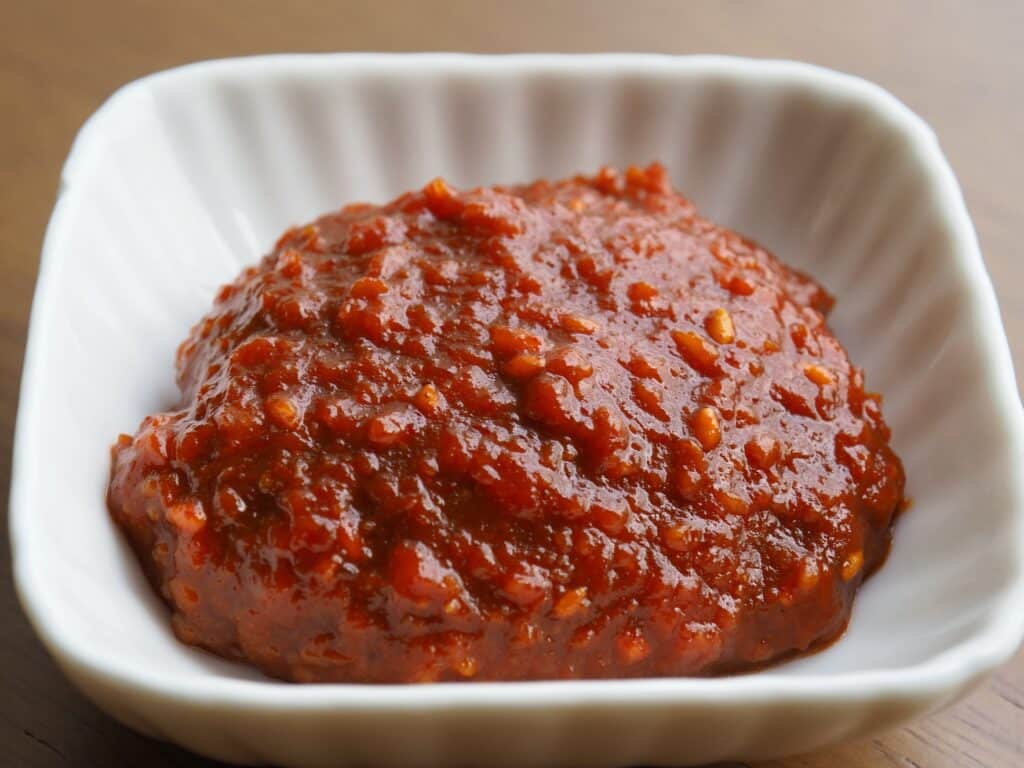 Ssamjang means “wrap sauce” in Korean. It has the name because it is traditionally used on Korean wraps (called ssam) that are usually consumed as street food. You will need it if you plan to make ssam yourself or any of the other dishes that ssamjang can improve. If you need it in a hurry, ssamjang may not be the easiest condiment to find, depending on where you live. Here is a look at some ssamjang substitutes.

Your best bet: Make your own ssamjang

A blend of two classic traditional Korean seasoning pastes, ssamjang is easy to make. The most basic version involves combining those two soybean-derived pastes — doenjang and gochujang — and using the blend just as you would use commercial ssamjang.

Of course, the beauty of condiments like ssamjang is the flexibility that they allow for customization. When ssamjang is used in Korea, it is typically adjusted to taste by the cook. You can do the same thing with the traditional ssamjang ingredients that Koreans would normally use, or you can add your preferred seasonings. You can increase its heat level beyond that of standard gochujang by adding some gochugaru or fresh chiles, for example. Typical additions to ssamjang include garlic and green onions. Both of ssamjang’s main components can be found in many Asian markets.

Because doenjang is one of the raw materials for ssamjang, it will share some of ssamjang’s flavor profile. It is what provides much of the earthiness and umami that you detect in ssamjang. Doenjang is an ancient fermented soybean paste that is native to Korea. Its use has been documented in Korean cooking as far back as 683 CE. On its own, it is used to bring a complex umami flavor to classic Korean dishes like doenjang jjigae. Doenjang can be used for some of the same kinds of recipes that require ssamjang.

Doenjang on its own won’t provide you with the complete ssamjang experience. You will need spice and sweetness to more perfectly replicate the flavor of the beloved dipping sauce. A little chili pepper and a sweetener can make it a lot more like ssamjang. That said, doenjang on its own may be ideal in some recipes that require ssamjang if you prefer a milder and less sweet sauce.

In a pinch: Doubanjiang

Because it contains fermented soybean and chili pepper as its main ingredients, doubanjiang is — on paper, at least — one of the best ssamjang substitutes. It provides many of the same flavor properties that you want from ssamjang, including the strong umami flavor.

Doubanjiang’s downside is that it is very salty, which is why it is traditionally used as a cooking ingredient rather than as a table condiment. It also lacks the touch of sweetness that you get with ssamjang.