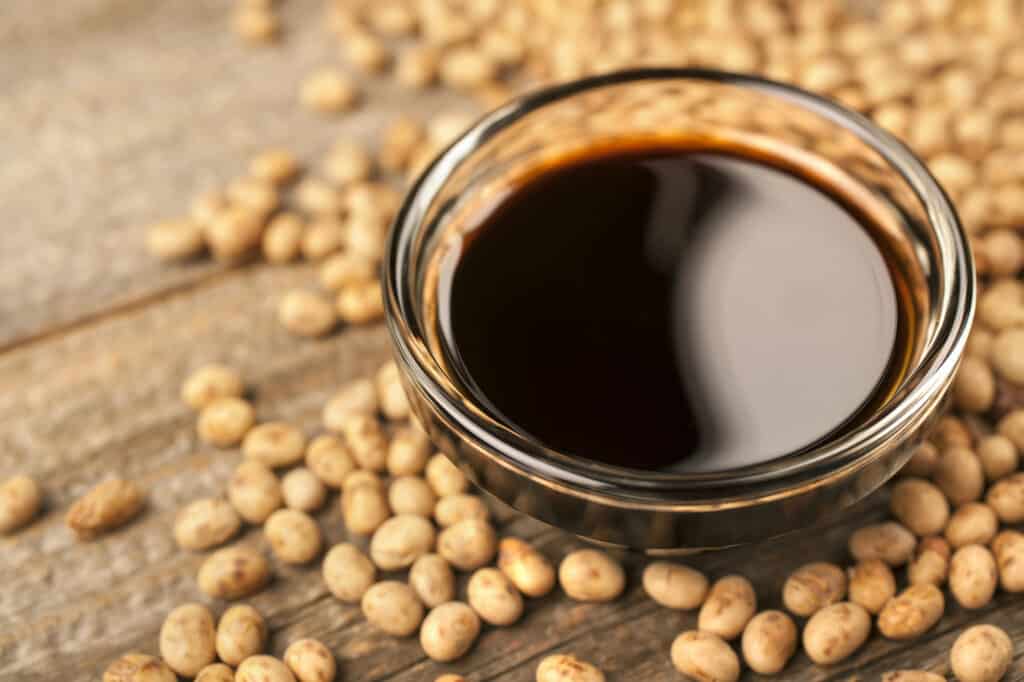 Soy sauce’s origins are in China where it began as a soy paste called jiang. Jiang was made from fermented soybeans but in the Zhou Dynasty, the term included all kinds of preserved foods including meat, grain, and seaweed. Later on, during the Han Dynasty soybeans had become more popular. Soy sauce was already being referred to by its modern name — jiangyou — at the start of the Song Dynasty.

The earliest forms of soy sauce came about in an era where food preservation largely revolved around pickling. People had found that the process also enhanced flavor in addition to its preservative benefits. The microorganisms responsible for the fermentation also broke down proteins resulting in what we call umami.

In ancient China, wheat and soybean were among the most widely available ingredients, which is why soy sauce developed the way it did. Eventually, jiang made with grain became popular in other Asian countries so that Japan and Korea all eventually developed their own versions.

Soy sauce wouldn’t get to Japan until the 13th century. It was introduced there by Buddhist monks who called it shoyu, which is the source of the English word soy. While the Japanese were just becoming familiar with soy sauce, the recipes for it were continuing to evolve back in China. It was the most popular seasoning in China by the start of the Qing Dynasty in 1644.

By the 17th century, soy sauce had become known in the West and the failed attempt to replicate it is most likely what resulted in Worcestershire sauce. The soy sauce variety most familiar to Westerners is the thinner light soy sauce. It is more watery and has a higher salt content when compared to thick soy sauce, which has molasses added to give it more body.

Today, soy sauce continues to play a key role in many Asian cuisines and is one of the most popular condiments in the US.

Soy sauce provides saltiness and umami to a dish. This is true of all kinds of soy sauce. Dark soy sauce has molasses added, which adds a slight underlying bitterness to the flavor profile.

Soy sauce has several healthy compounds that come from the soybeans and wheat used to make it. Some of those compounds may also be the result of the fermentation process, here are some of the nutrients that make soy sauce a healthy addition to your diet:

With soy sauce in your diet, you can treat or prevent conditions like:

Soy sauce is used as a table condiment for dipping and sprinkling and in a wide range of Asian dishes including fried rice.