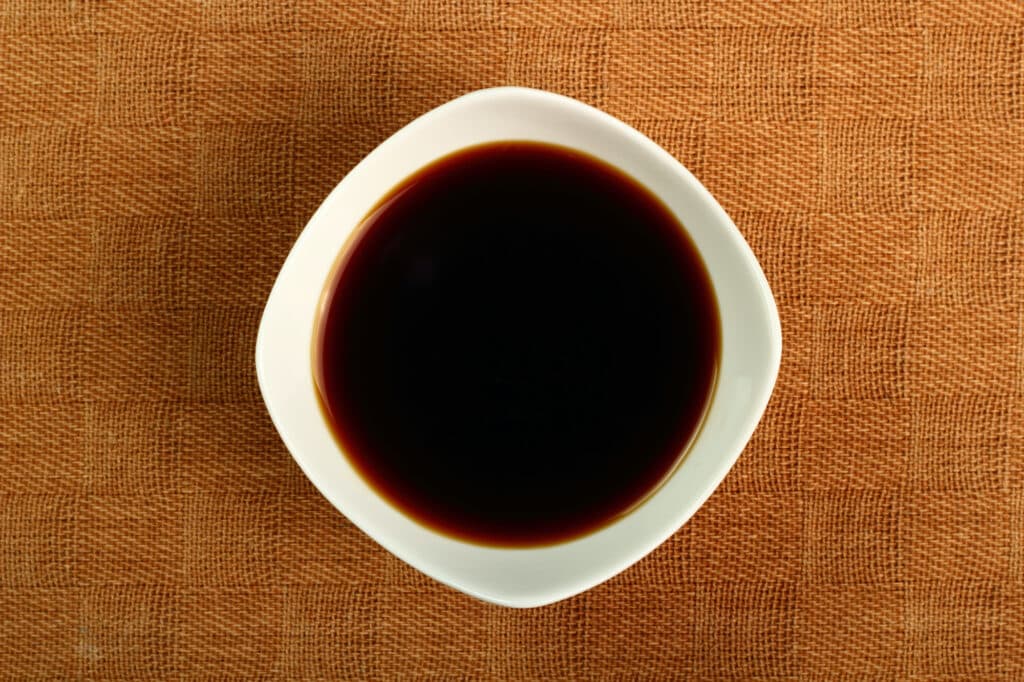 Soy sauce is one of the most versatile condiments in existence. It is also easy to find with many options in the condiments aisles of grocery stores all over the world. Aside from running out of it unexpectedly, there are a few reasons that you might need a substitute such as the fact that soy sauce can contain soy and gluten. Whatever your reason for needing to replace it, there are quite a few soy sauce substitutes out there. They include:

While tamari is often described as a type of soy sauce, it’s not the same thing as a standard soy sauce. Tamari is a low-wheat or wheat-free fermented soy sauce that is used for the same purpose as regular soy sauce: it adds salt and umami flavor to your dishes.

Beyond all that, tamari offers a thicker and richer consistency than a typical light soy sauce. Use it in dishes like soy sauce. It is great on fried rice or as a dipping sauce for gyoza.

When using Worcestershire sauce as a soy sauce substitute, it is important that you recognize a few differences between the two condiments. Worcestershire sauce does have some flavors that simply don’t belong in soy sauce. Keep in mind that it contains vinegar as well as tamarind. You will need to neutralize these flavors if you are only interested in enhancing the meatiness of your dish. The best way to do this is to use a little additional salt to help cover some of Worcestershire sauce’s flavor complexities.

In a pinch: Fish sauce

You can get the same flavor profile that you want from soy sauce from fish sauce. Commonly used in Vietnamese and Thai cuisines, fish sauce is a liquid condiment made from packing fish (usually anchovies) in salt and letting them ferment in the sun.

Far more aromatic than soy sauce, fish sauce provides the same umami flavor along with saltiness. You can use it to make a dip or sprinkle it onto foods at the table. It is a great addition to marinades where it can stand in for both soy sauce and MSG.

Note that fish sauce won’t give you one of soy sauce’s most distinctive features, which is its color. Most fish sauce is amber-colored like tea or apple cider vinegar.

Liquid aminos are like soy sauce in that they are made from soybeans. They are the concentrated amino acids from the soybeans and as such, they are a healthy alternative to soy sauce. Liquid amino acids provide a similar umami flavor and some salt, though not quite as much of those properties as you would get from soy sauce.