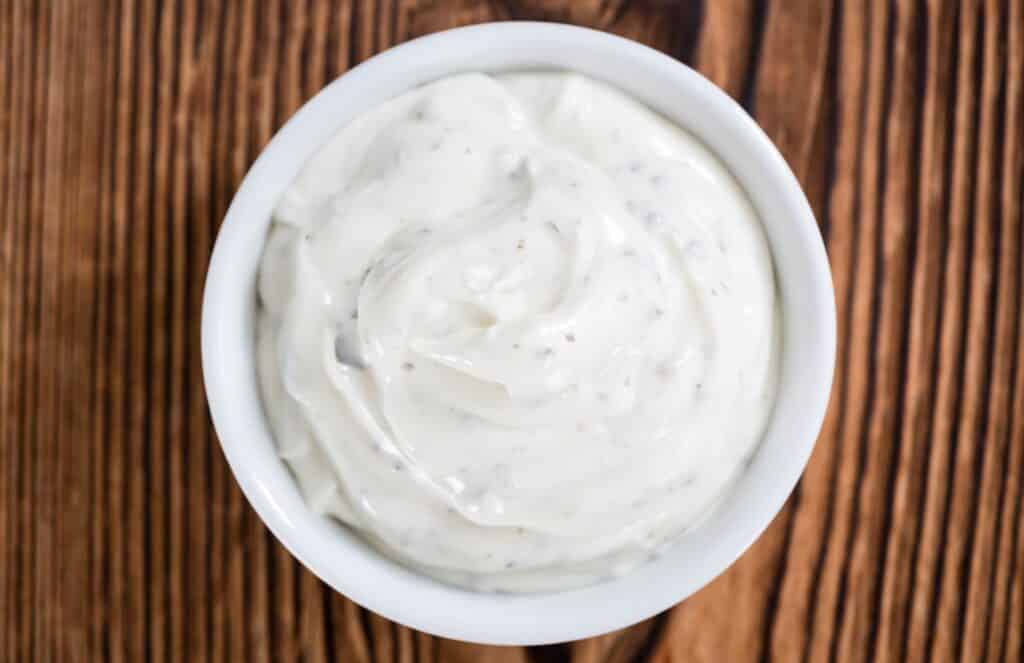 Sour cream is often associated with American cooking, but it probably originated in Eastern Europe. Many historians believe that it originated in Russia specifically. Russian sour cream — called smetana — most likely comes from a Mongolian beverage called kumis. Mongolian kumis is made from horse milk and is similar to the fermented drink called kefir.

The earliest versions of sour cream most likely came about because raw milk or cream was left to sit at room temperature until bacteria made it sour.

Like other cultured dairy products, sour cream gets its flavor and consistency from the action of certain bacteria that produce lactic acid, which is what makes it sour.

These days, a product must have at least 18 percent butterfat to be considered sour cream. Sour cream is a key ingredient in food from Eastern Europe, and its use has spread all over the world.

Sour cream’s flavor is mainly creamy. It is a rich, thick and milky condiment with a consistency somewhere between heavy cream and cream cheese. As the name suggests, it is also sour, but the sourness can vary depending on the product. For example, American sour cream is generally tarter than the Russian version.

Sour cream is most commonly used as a garnish on foods, so the serving sizes are not very large. Small servings mean that nutritional benefits are somewhat limited; however, there are still some important compounds present.

By consuming more sour cream, you may help your body to prevent or treat health problems like:

Regular sour cream is a high-calorie food, which means that it can contribute to obesity. The current research is unclear about how much of an effect saturated fat has on your risk of stroke and heart disease, but sour cream contains a lot of it. It is widely recommended that you limit your intake of saturated fat.

Sour cream is used heavily in Russian cuisine, often in combination with dill. Russians use it as a topping for many dishes including pelmeni and blinis and as a condiment in soups like okroshka and borscht. It is an essential ingredient in beef stroganoff and a popular accompaniment for caviar. In other parts of Europe and the Americas, it is slathered onto baked potatoes and onto American versions of Mexican food, where it stands in for Mexican crema.

You can use it in baked goods, where it can help to create a tender texture. Serve it alongside spicy dishes to help lessen the heat. You will need sour cream to make classic cheesecake, ranch dressing and various dips.