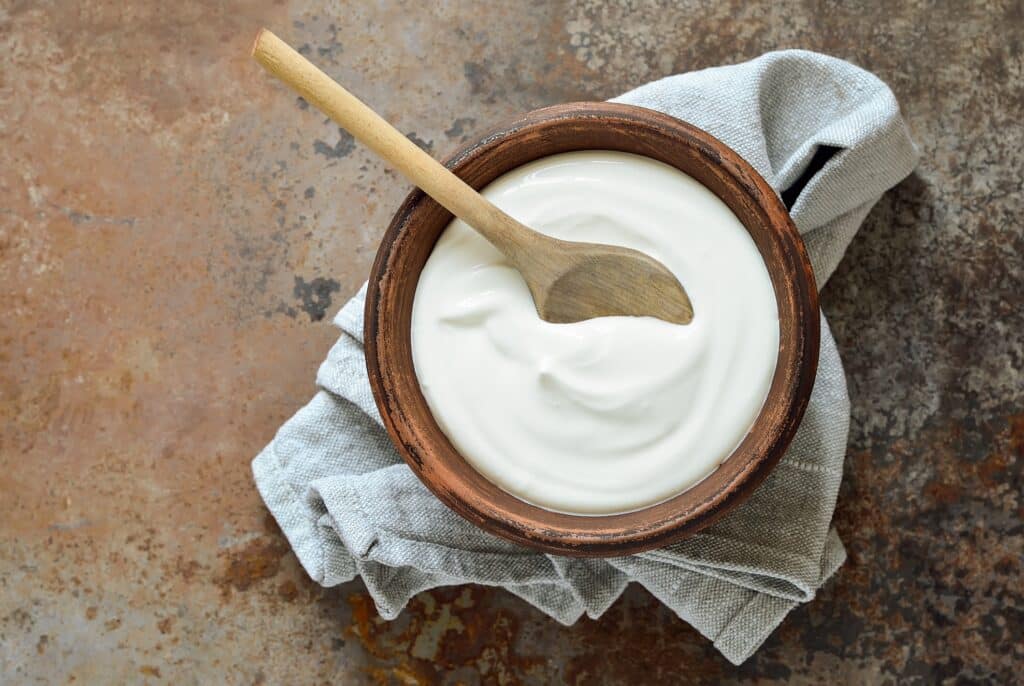 Sour cream can enhance a range of dishes with its mouth-coating creamy consistency and tangy flavor. It’s the preferred condiment for baked potatoes and is essential if you are making homemade ranch dressing. If you run out of it, it is surprisingly easy to replace with various effective alternatives. Here are some of the best sour cream substitutes.

Like sour cream, crème fraiche is a cultured dairy product. Crème fraiche is supposed to be creamy and tart; creaminess and tartness are also the main characteristics of sour cream. Crème fraiche is traditionally used as a topping in French cuisine where it gets added to soups and used on fruit and baked goods. It is gradually becoming more popular in the rest of the world, which means that you will be able to find it in many larger grocery stores in North America and throughout Europe. If you can’t find it, you can make a version by combining heavy cream with buttermilk.

Crème fraiche is noticeably richer than sour cream. Its fat content is considerably greater than that of sour cream, with 30 percent butterfat compared to the 20 percent in sour cream. It is also not quite as tart, which might make a dramatic difference in some dishes but may not matter in others. If your dish needs the stronger sourness of sour cream, you might want to add another source of acid.

Of all the cultured dairy products, none comes as close to replicating the flavor and appearance of sour cream as full-fat Greek yogurt. In addition to being creamy and sour-tasting, Greek yogurt is a good substitute for sour cream from a nutritional standpoint if it has live cultures and has not been pasteurized to stop the fermentation process.

Because Greek yogurt is made from milk rather than a combination of milk and cream, it has less than half the fat of sour cream. Despite having less fat, it can still provide a similar creamy mouthfeel in many dishes and is often recommended as the healthier alternative to sour cream for people trying to lose weight and improve heart health.

While Greek yogurt won’t be too different from sour cream in some applications, it might be more noticeable in dishes where the sour cream has to be heated. Because of its lower fat content, Greek yogurt is more likely than sour cream to curdle.

In a pinch: Mexican crema

You will often see Mexican crema compared to sour cream. Sour cream is the preferred substitute for it in Americanized Mexican foods. The truth is that crema is more like crème fraiche than it is like sour cream; however, it can still do a reasonable job of providing the same flavor profiles.

Mexican crema is a cultured dairy product with a high level of fat, so you can heat it in soups and other dishes without a high risk of it curdling. These days, Mexican crema is easier to find in many typical North American grocery stores than it once was. It is no longer limited to Latin markets.

Kefir is a Russian cultured milk beverage that has a taste similar to yogurt but a runnier consistency. While it is not an ideal substitute, it can give a little sourness and light creaminess to some dishes.

Soy yogurt is one of the few vegan alternatives to sour cream and can provide sourness along with a little creaminess.