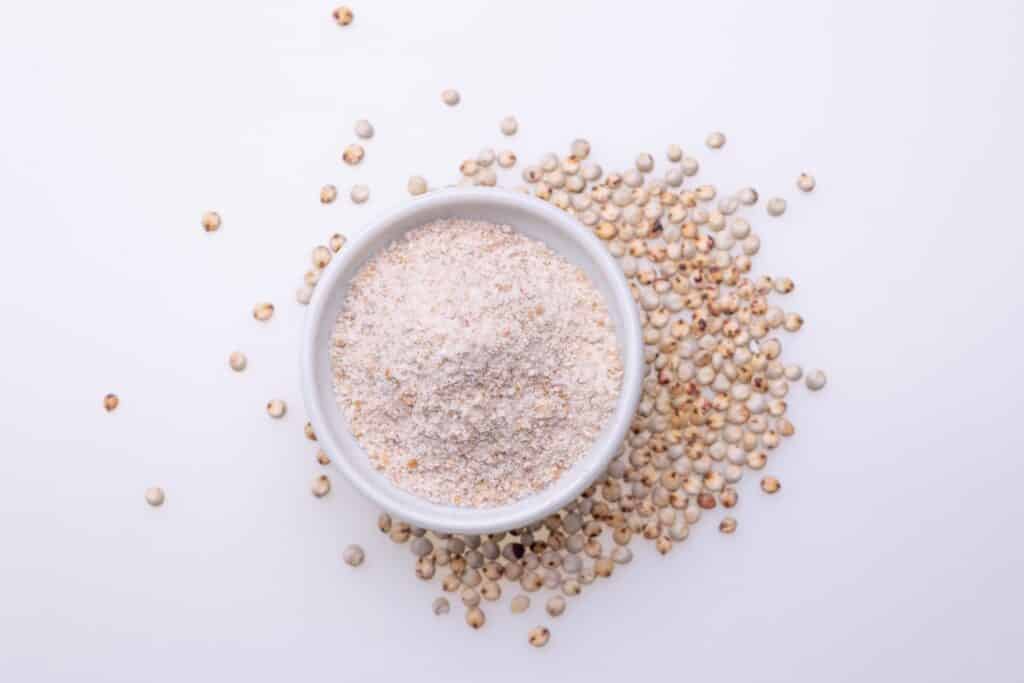 Sorghum flour is milled from grains of sorghum. Sorghum is a grain that has been around for millennia. The oldest records of it date back to 1000 BCE and were found near the border between Egypt and Sudan. Sorghum can grow even in arid climates, which explains why it grows in arid regions all over Africa.

Sorghum would go on to be cultivated in parts of Asia, including China and India. Archaeological evidence points to the likelihood that sorghum traveled to India from East Africa at some point in the first millennium BCE. It would eventually wind up in Australia.

Sorghum was unknown in Ancient Rome but was widely grown in the Middle East and was an especially popular crop in Ancient Iraq. It would eventually make its way from the Middle East to Islamic Spain and then to France. It most likely reached America via the slave trade from West Africa. Early on, it was dubbed Guinea corn.

Benjamin Franklin wrote the first known documentation of American sorghum production in 1757 when he wrote about it being used to manufacture brooms. In the following century, sorghum was cultivated extensively in the attempt to break the market dominance of West Indian sugar plantations.

These days, sorghum is almost unknown outside of the South. In its heyday, sorghum was better known because of the sweetening ability of sorghum molasses. It’s cultivated in many Southern states, including Texas and Kansas.

Sorghum gets its name from the Italian word sorgo, which comes from the grain’s Latin name: Syricum granum. The Latin translates to grain of Syria.

Sorghum flour’s flavor is sometimes as mildly nutty and earthy. The flavor is so mild that it is sometimes referred to as neutral. Others find the taste of sorghum to be bitter or metallic.

Sorghum flour is considered highly nutritious because of the nutrients it contains, which include:

Use sorghum flour in your diet to treat or prevent illness and health issues like: