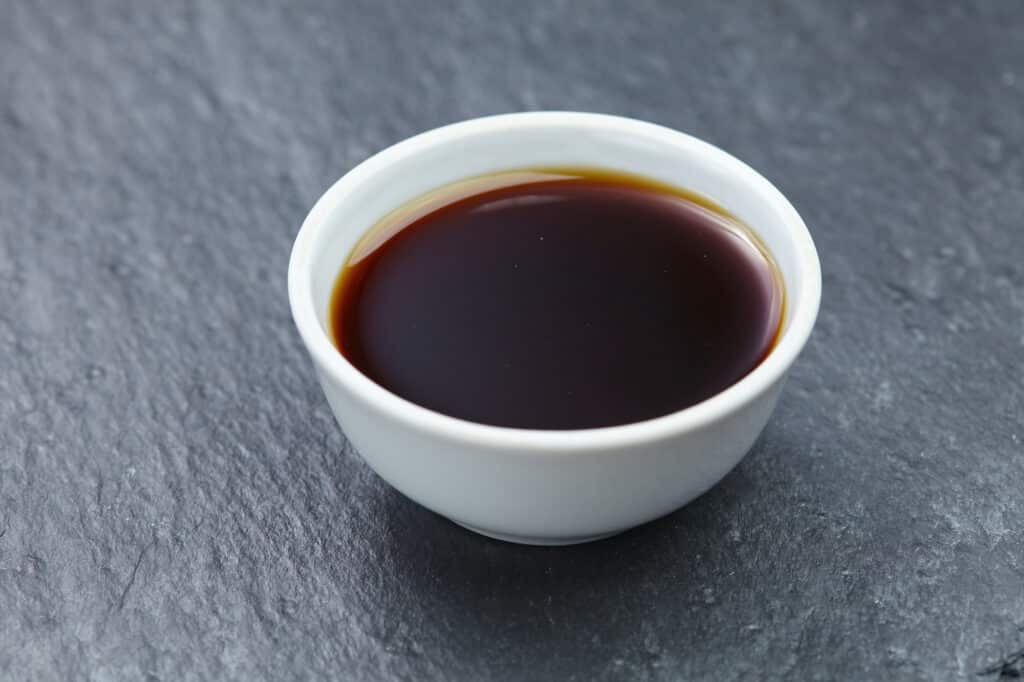 Shoyu is the Japanese name for soy sauce. In Japan, it is applied to various kinds of soy sauce.

Soy sauce arrived in Japan in the 7th century. It was brought in from China by Buddhist monks. The Chinese version was modified in Japan, which resulted in a product that was thinner and clearer than Chinese soy sauce.

Like all soy sauce, shoyu is made from a paste of soybeans combined with grain and brine along with a type of mold that the Japanese call koji. The earliest known precursor of shoyu was called hishio, which is also what the Chinese refer to as jiang.

One variety of hishio called kokubishio contained very little or no wheat and had a very similar consistency to the mash from which modern-day shoyu is pressed. The introduction and subsequent popularity of hishio was most likely the result of Buddhism’s entry into the country and the switch to a pescatarian diet. After its introduction, sauces made from soybeans replaced sauces made from meat and fish over the following centuries.

Hishio would evolve into miso, which would evolve into tamari. Tamari evolved into shoyu. According to legend, the evolution resulted from the discoveries of a Japanese Zen priest named Kakushin who learned to make Kinzanji miso on a trip to China.

When he returned to Japan, he took up residence in Yuasa, a town in what is today called the Wakayama prefecture. He began making the miso he discovered in China and found that the liquid from the containers made a great seasoning. This liquid byproduct of Kakushin’s miso was tamari. While it is debatable as to whether Kakushin actually invented tamari, historians agree that Yuasa was an early center of its production.

By the 13th century, Yuasa had garnered a reputation for producing some of the finest tamari. Tamari production would undergo rapid development during the Muromachi period in the 14th century to the 16th. New methods of production were discovered.

In the 16th century, the term tamari-shoyu appeared. It was used for the liquid extracted from specifically from Kinzanji miso. The term tamari (without shoyu appended to it) was then limited to the liquid seasoning from soybeans fermented without grain or with very little grain.

Towards the end of the 16th century, tamari-shoyu became popular around Edo. By the mid-17th century, Choshi would become the center of shoyu production in the area around Edo. Manufacturers there discovered that the addition of wheat gave a savory flavor and smell to tamari-shoyu. Wheat made it darker and gave it a richer flavor and aroma. At that point, it became known simply as shoyu.

There are various varieties of shoyu that vary in darkness and flavor intensity, but all offer the strong caramel notes and umami that you expect from soy sauce. All are salty to differing degrees.

You can get a variety of nutrients from shoyu, including:

You can use shoyu to treat or prevent these conditions:

Shoyu is used as a dipping sauce at the table and as a savory liquid seasoning in the kitchen.