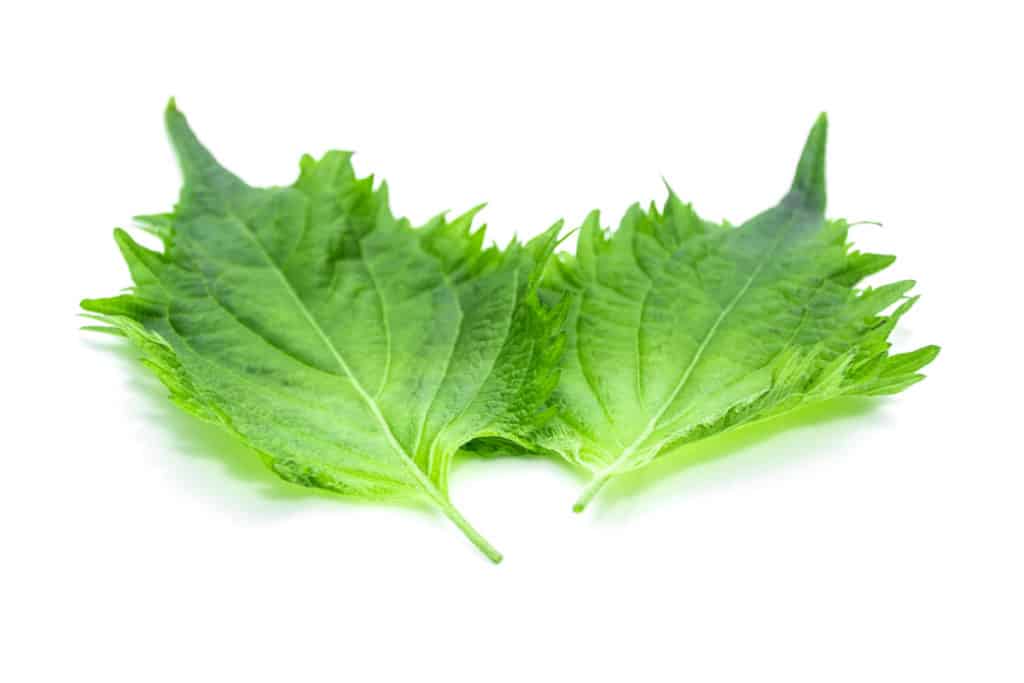 Shiso is considered one of Japan’s seven main flavorings, which have been in use in that nation’s cuisine for more than 300 years. Shiso started out as a Chinese medicinal herb that migrated to Japan in the eighth century. Its use was documented as a part of a medicinal formula that dates back to 1110 AD, in a book written during the Song Dynasty. The shiso plant is now cultivated throughout Southeast Asia and is used extensively in Japanese, Vietnamese and Korean cuisines. In Korea, the herb’s name translates to “wild sesame.” Note that shiso is not really a relative of the sesame plant.

In parts of North America, the shiso plant has become naturalized and can be invasive in some of those places; however, the weed varieties do not have the distinctive fragrance common to the cultivated varieties and are therefore inedible.

Shiso comes in green, red and purple cultivars. While the red and purple types of shiso are popular for their ability to provide color to foods, the green variety has the best flavor. Shiso is a member of the mint family like basil and the flavor of basil is one of the flavor notes that will stand out to most westerners. There are also strong citrus, cinnamon and anise qualities, along with grassy undertones.

Shiso is widely used in Asian traditional medicine and it provides several essential nutrients, including:

Shiso leaves can be used to treat or prevent health conditions such as:

Shiso’s use is confined mainly to Asian countries where the red variety is used to color dishes including pickled ginger and plum sauce. Japanese cooks use the flowers to flavor bean curd and tempura; they also use the leaves to wrap meat and fish cakes, as a container for wasabi or as a condiment. In Korea, the herb is known as kkaenip and is used to make a type of kimchi. Vietnamese cooks use it in salads and soups as well as for cooking seafood.