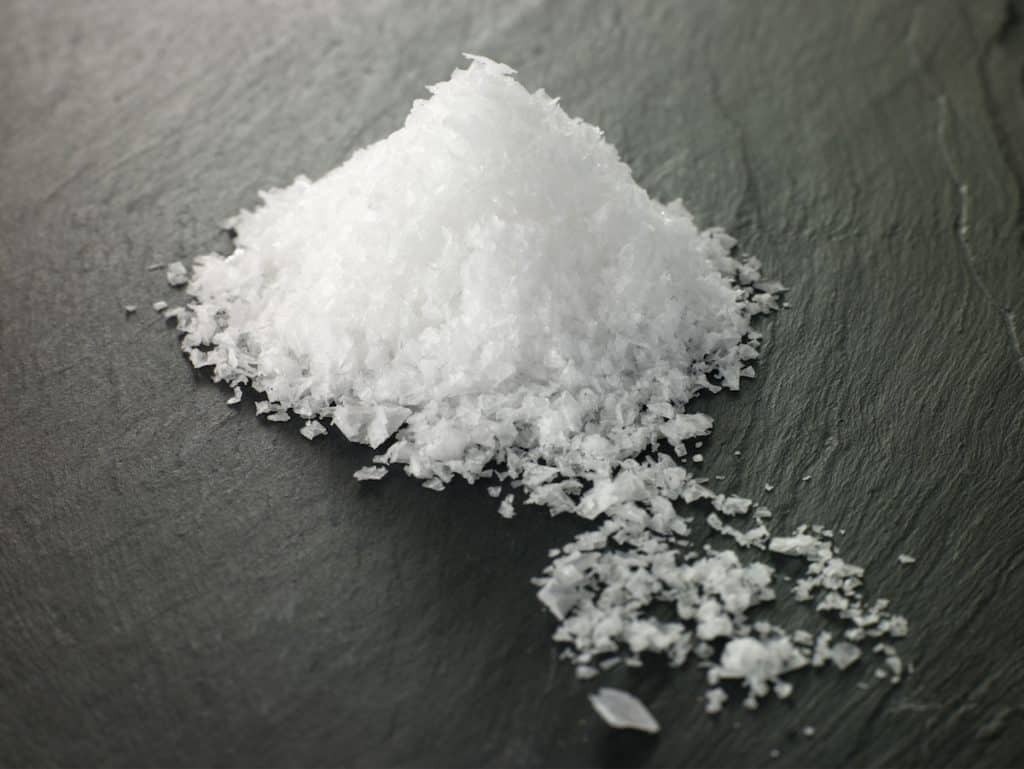 For much of human history, salt has been mined from the areas around dry lake beds and in deposits left after ancient seas dried up. These bodies of water all evaporated, leaving their crystallized salt deposits behind. Mined salt is sourced from these deposits. It differs from sea salt in that sea salt is taken from living oceans. While it is usually ground finely for sprinkling onto food as table salt, some of it is kept in a coarse and chunky form that is referred to as rock salt. Rock salt has long been used in many applications that have nothing to do with cooking, but it is still virtually identical to table salt.

Rock salt was used in ancient Egypt to preserve mummies and was in use in ancient China as well. In ancient Greece it would be used as currency and in ancient Rome, it was used to pay soldiers.

The flavor profile of rock salt is exactly the same as that of table salt except that it has no additives so there is none of the bitterness that some people can detect as a result of iodine. The large crystals keep it from dissolving as quickly as finer-grained salts, which can result in it being perceived as not being as salty.

Note that there are many different types of rock salt. Himalayan pink salt is one type, and black salt (also from the Himalayas) is another. The latter has a deep sulfurous smell, which can be an asset in spice blends like chaat masala.

Rock salt has many minerals in very small amounts. Even so, its nutritional value is essentially the same as ordinary table salt and sea salt. All three consist almost entirely of sodium chloride. Sodium is important for health in that it has benefits such as helping your muscles and nerves to function properly.

As with table salt, it is important to limit your consumption of rock salt. Diets that are high in sodium are associated with high blood pressure and heart disease.

Rock salt and other varieties of salt are thought to benefit health in a number of ways, such as:

In North America, the main culinary use has been to reduce the temperature of ice when making ice cream; however, it can also be used as a salt crust on certain foods. When it is being used as a crust, the food is completely encased in the salt and gets a mild but evenly distributed salty flavor from it.

Since it is chemically the same as table salt (minus the iodine) it can be used in much the same way as long as you keep the large grains in mind. For example, you can use it in dishes where the grains will dissolve. Boiled foods like pasta can be salted with rock salt that is placed into the water. You can also use it for curing and pickling.

When buying rock salt, it is important to look for the food-grade item rather than the industrial grade variety. The latter is sometimes treated with chemicals that may make it unsafe for consumption.