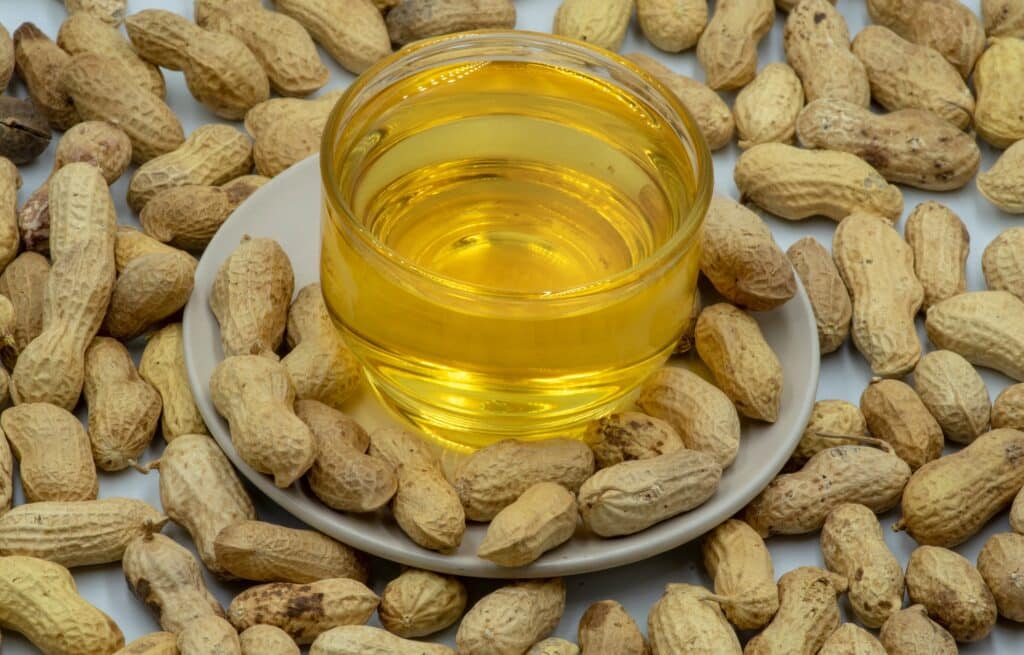 How does roasted peanut oil differ from peanut oil?

The different processing methods result in important flavor differences. Roasted peanut oil tastes like roasted peanuts as you might expect. The flavor is particularly strong. Peanut oil does not usually taste like peanuts. When it does, the flavor is subtle. The refining process removes much of the flavor and aroma producing an oil with a neutral or almost neutral flavor profile.

Roasted peanut oil has a low smoke point, which means that it will start to burn at a relatively low temperature. Peanut oil has one of the higher smoke points of all cooking oils and is widely recommended for high-temperature cooking.

Roasted peanut oil can work as a peanut oil substitute for raw applications. It will be the superior option in dishes where the oil’s flavor is important. It will contribute far more to the dish than the refined peanut oil’s neutral flavor profile.

You don’t want to use roasted peanut oil as a frying oil because of its low smoke point. Also keep in mind the strong roasted peanut flavor, which will be unsuitable for any dish that requires a neutral-tasting oil. Most dishes that require peanut oil will benefit from using a low-flavored oil in its place.

Use roasted peanut oil when you need a nutty finishing oil. It works for drizzling onto Asian noodle dishes and stir-fries. It also works in raw applications like Asian salads and can be a novel twist on the olive oil that you often see in French vinaigrettes.

Use peanut oil for deep-frying or whenever you need an oil without much flavor that can work in high-heat preparations.