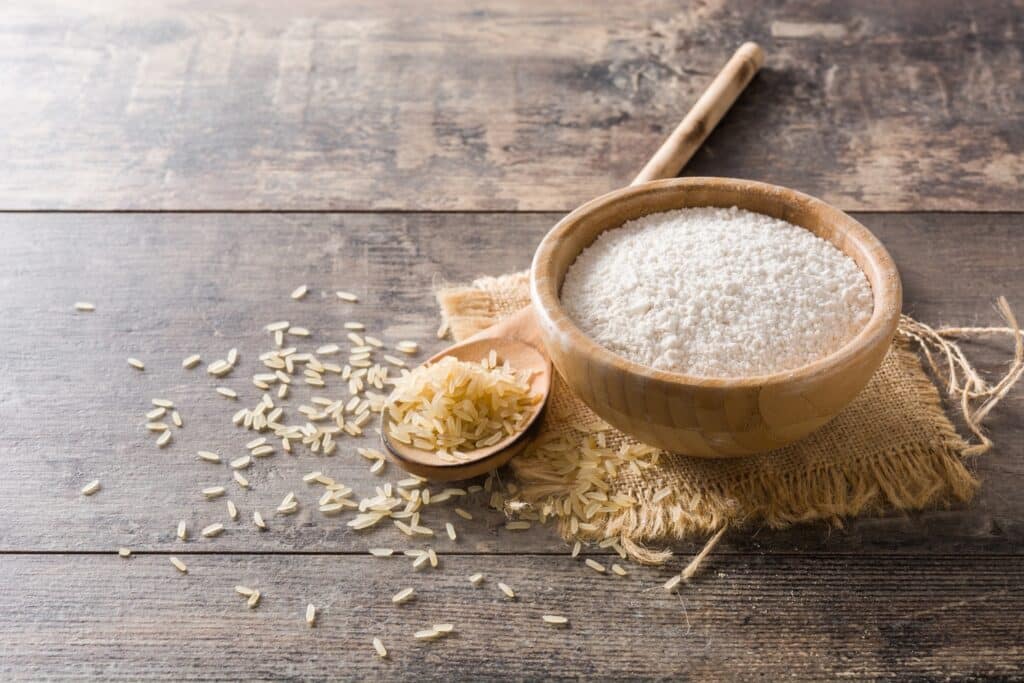 Rice flour is milled from rice grains. Where and when it originated is not certain. Historians still have not uncovered the exact origin of rice and how it moved across Asia, but the oldest archeological proofs of its origin come from India and China. They do know that it has been cultivated on that continent since around 6500 BCE. Some believe that it was first cultivated in China and that it most likely spread from China’s Yangtze delta to other parts of Asia.

It would get to Korea first and then Japan, but while it was adopted in Japan, it would not become an important part of Korean cuisine until the 20th century.

Rice would eventually make its way to Africa — possibly around 1000 BCE — and then to Greece. From Europe, the grain would later be brought to the New World and farmed in Brazil.

Today, most of the world’s rice is grown in Asia, and Asia is also where much of the world’s rice flour is produced and used. Until the 1980s, its use was limited mostly to that continent, but it would become widely used in the West during that decade.

White rice flour has a very mild nutty flavor and a coarse texture in its raw form. Brown rice flour is even nuttier and has a slight sweetness.

The nutritional content of rice flour isn’t a lot different from that of wheat flour. Brown rice flour is similar to whole wheat flour in that it has the bran intact while white enriched rice flour has had it removed. Rice flour can give you essential nutrients like:

Rice flour in your diet can be beneficial for those suffering from health problems like:

Rice flour is a great gluten-free option for a range of baked goods like cakes and cookies. You can use it to make pasta as well. Rice flour also works as a thickening agent in much the same way as cornstarch, so you can use it in sauces and gravies.

Throughout Asia, rice flour is used in a diverse range of applications. The Japanese use it to make mochi, and Koreans also use it in their confections while in the Philippines, it is used in a variety of cakes. In Vietnam, it is a popular flour for making edible rice paper and rice noodles. In India, it is one of the main ingredients in a kind of baby food.