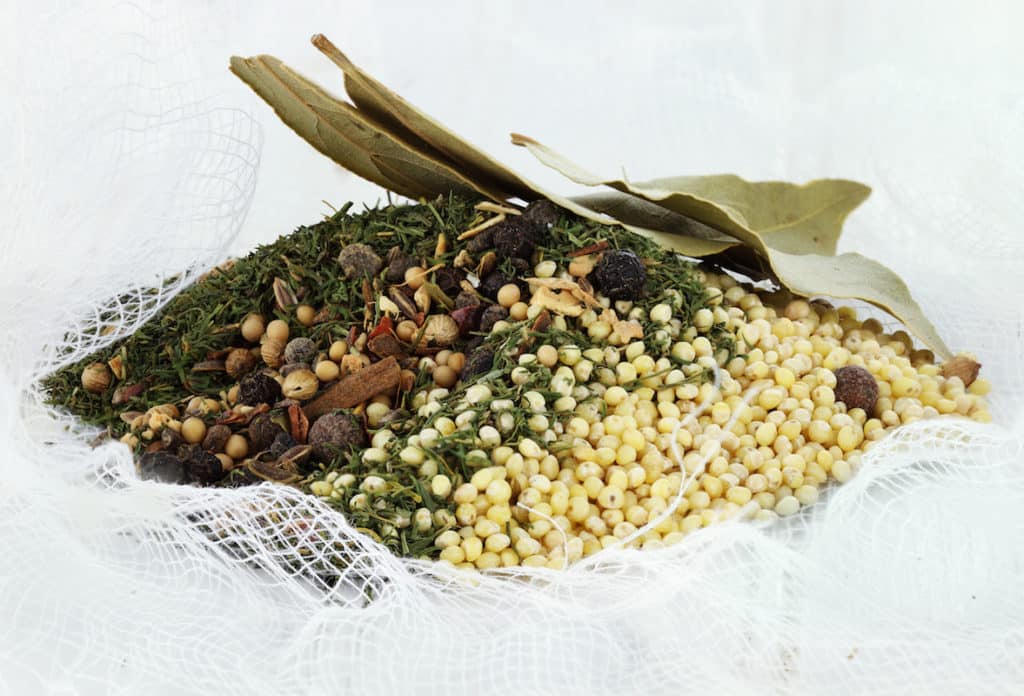 Pickling spices often show up in recipes for pickled vegetables as well as for corned beef. They can contain any of a diverse range of spices that includes bay leaves, chili peppers and mustard seeds. Pickling spices have one thing in common—their ability to withstand the pickling process, which means that they have to be pungent and hold up well to both heat and fermentation. Note that pickling spices are versatile and you can use them in many dishes, even those that will not be fermented. If you are out of this spice blend or want a different flavor profile for your dish, consider any of the many pickling spice alternatives.

The spices used in most pickling spice blends are relatively easy to find, so the first alternative you should consider is your own recipe. Pickling spice works because of the combination of sweet and warm flavors. As long as you keep that principle in mind, any blend you make should work even if you are missing one or two of the most common spices. Focus on the core combination of black peppercorns, cinnamon sticks, and mustard seeds. You can add any other spices you have on hand that appeal to you.

You can also replace the core spices with any others that share similar flavor profiles. For example, black peppercorns can be swapped out with allspice berries; allspice can also be an effective substitute for cinnamon if you are out of that spice.

Crab boils play a central role in African American cuisine and the spices used to flavor them show up in many pickling spice blends. As a result, a pre-made blend of crab boil spices can be an effective substitute for pickling spice. Commercial blends like Old Bay seasoning and Zatarain’s fall into this category.

In a pinch: Baharat

Like all spice blends, baharat’s ingredients can differ based on what the maker wants to add; however, most baharat blends contain the same spices that show up in pickling spice blends. These include coriander, black peppercorns and allspice. If you are using a premixed baharat, check the ingredients to ensure that the spices included will complement your dish; in most cases, they will. Baharat may also contain other spices not typically used in pickling spice that can still work in recipes that require pickling spice.

Ras el hanout is a North African spice blend that can include a range of spices that are supposed to be the best spices that a merchant has for sale. There is no one recipe, but many of the most commonly used spices in this blend also show up in pickling spice.

The main flavors in many Jamaican jerk seasoning blends include garlic and allspice, which are both common in pickling spice mixes.

Garam masala is another traditional spice mix that can have many of the spices that show up in pickling spice blends. As with ras el hanout and baharat, you should check the ingredients in a blend before using it to make sure that they will provide your dish with the desired flavor profile.