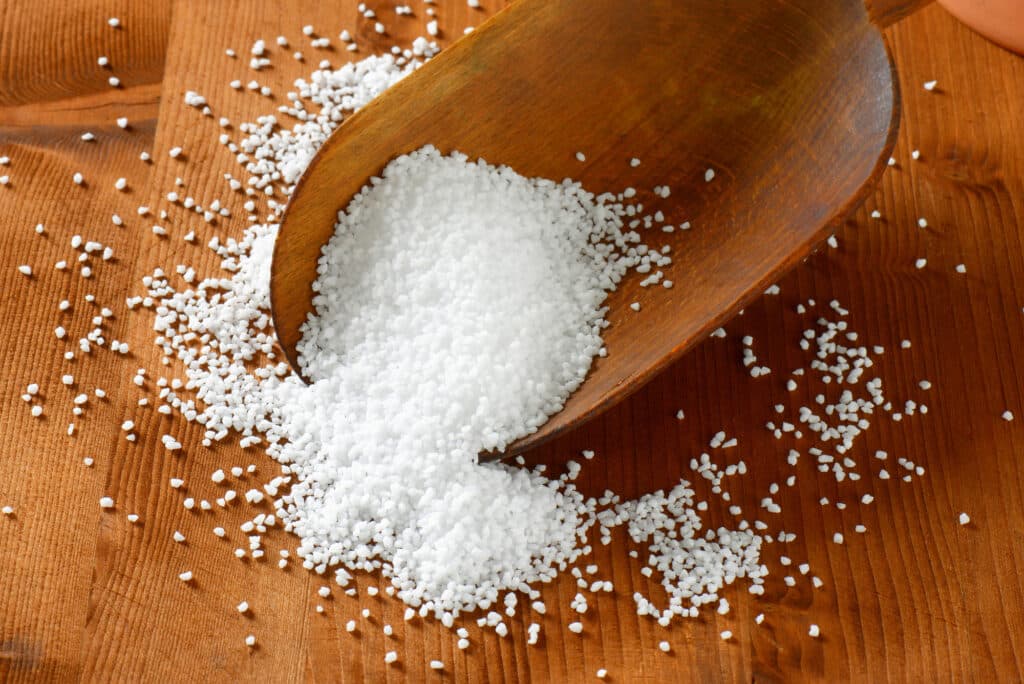 Pickling salt and kosher salt give your food a salty flavor. What’s more, they are both great options for a cleaner salt taste. Does this mean that they are exactly the same and that you can switch them out in dishes as you like? Not exactly. There are a few things that you will want to take into account with these salts. Consider how they stack up in this SPICEography Showdown.

How does pickling salt differ from kosher salt?

Pickling salt and kosher salt both have specialized uses. Pickling salt is made for pickles since compounds included in regular table salt — like iodine and anti-caking agents — can discolor pickles or make the brine cloudy. The smaller granules of pickling salt also help it to dissolve quickly. Kosher salt’s original use was for koshering, which is the Jewish ceremonial practice of drawing blood from butchered meat.

Can you use pickling salt in place of kosher salt or vice versa?

Neither pickling salt nor kosher salt contains additives that can cause issues in pickles, which means that you can use either of them in your pickles; kosher salt is the best substitute for pickling salt. However, you will have to make adjustments to compensate for their differences in some recipes.

Pickling salt may not make a good substitute for kosher salt if you need it to enhance the presentation of your dishes. Its fine crystals dissolve much too quickly when you sprinkle them on the surfaces of foods. However, it works fine as a condiment for addition to your food at the table. It is especially good for seasoning french fries and similar items since the fine crystals stick to the surfaces better than large kosher salt crystals.

If you are using kosher salt in place of pickling salt for making pickles, you may have to add as much as 50 percent more than the amount specified in the recipe to compensate for spaces between the irregularly shaped crystals. Another way to do it is to simply measure by weight when making the substitution easier.

Use pickling salt for its original intended purpose of making pickles. It works well as a table salt alternative in dishes where you want it to dissolve quickly.