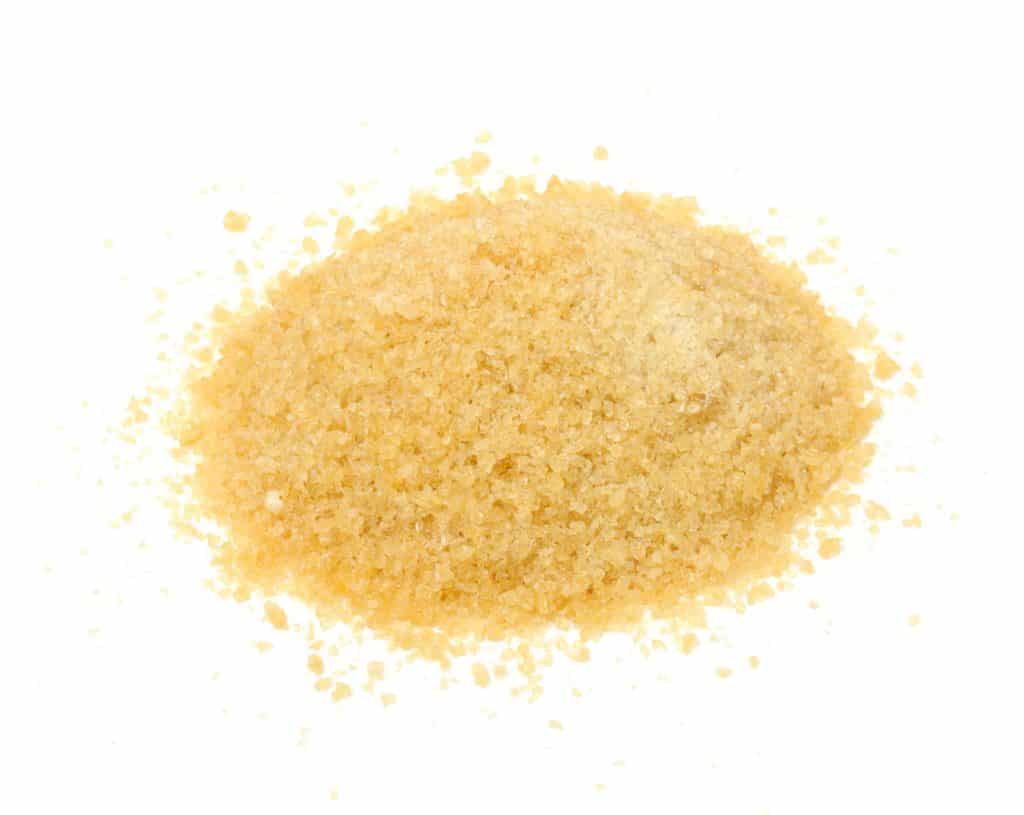 Pectin and gelatin are two of the most popular gelling and thickening agents. Gelatin is better known than pectin because of its association with Jell-O and similar prepared desserts. These two ingredients are similar in a few ways and dramatically different in others. If you are unfamiliar with either or both, you will want to learn as much as you can before using them. The SPICEography Showdown below can help you to compare their properties.

What are the differences between pectin and gelatin?

Pectin and gelatin differ significantly when it comes to their sources. Pectin comes entirely from fruits, which is why it is often considered the primary vegan gelatin alternative. The fruits used to make it include apples and oranges. Gelatin is a meat product that comes from processed cartilage, ligaments, and bones. The result is that pectin is suitable for use in vegan dishes while gelatin is not.

Another big difference has to do with function. Pectin sets at a relatively high temperature, while gelatin requires a low temperature to set. This means that you will have to keep it refrigerated if you want it to remain solid. Pectin can remain solid at room temperature. Flavor is another important element. Pectin can be bitter, but gelatin is flavorless. Pectin requires sugar and an acid to set properly and the sugar is often used to help hide its bitterness. The more pectin you use in a recipe, the more sugar you will have to add. Gelatin does not require the addition of sugar.

When gelatin sets, it will have a soft and jiggly jelly consistency; pectin will be denser in addition to being more gummy and moist.

Can you use pectin in place of gelatin and vice versa?

Pectin is sometimes used as a gelatin alternative due to the fact that it is a vegan gelling agent; however, it will not work in all applications. The aforementioned differences in gelling temperature, flavor and texture can determine where it works and where it doesn’t. Because pectin requires sugar and an acid, it can only be used as a gelatin alternative in sweet dishes.

Similarly, gelatin can be used as a pectin alternative as long as you are mindful of gelatin’s limitations and the difference in texture. Food items made with gelatin will have to be refrigerated to set and maintain the desired consistency. The texture is also considerably different as a gelatin will result in an item with a jelly consistency rather than the more syrupy and gummy product that you will get with pectin.

Use pectin when making jams to get the distinctive jammy consistency. You can also use in jam-like desserts, sweet sauces and candies. In all of these applications, you want gelation without refrigeration and this is what pectin provides. Use gelatin in savory or sweet jellies that will be served cold; it is as effective for aspics as it is for cream fillings and other dessert elements. It is also useful when making marshmallows or adding more body to the consistencies of sour cream, yogurt and other dairy products.