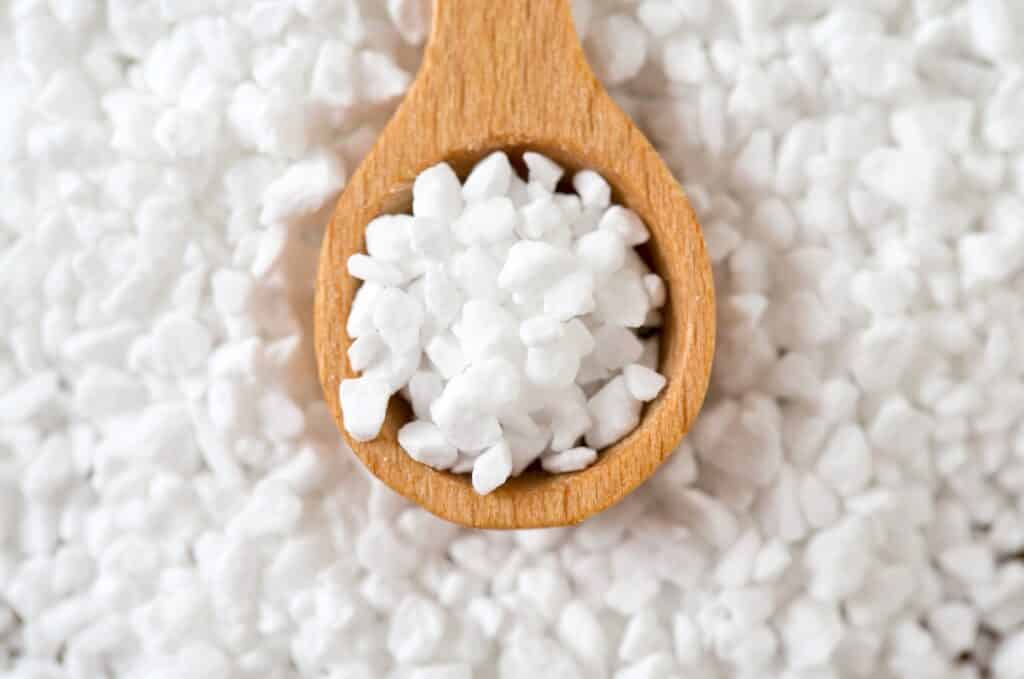 Unlike the loosely compacted sugar used for sugar cubes, pearl sugar is dense and does not dissolve at the temperatures used to bake most pastries. The benefit of using pearl sugar is that it does not melt immediately. The larger the pieces of sugar, the higher the heat they can tolerate without dissolving.

Pearl sugar is available in different sizes ranging from the type of sea salt that you see on pretzels to pea-sized. The sizes vary from brand to brand, and depending on the country of origin, Swedish pearl sugar granules are not as large as Belgian pearl sugar granules.

While the invention of pearl sugar is not well documented, some credit for it may go to Benjamin Delessert. Delessert founded the sugar factory at which the first process for deriving sugar from sugar beets was developed. The dessert course is derived from his name. He also founded the first sugar mill near Brussels for the milling of pearl sugar specifically.

While pearl sugar is a popular ingredient in some parts of Europe like Scandinavia and Belgium, it may not be easy to find anywhere else. You can try looking for it in specialty baking stores or online.

Because pearl sugar has the same composition as refined white sugar, the flavor is not particularly complex. Aside from the unique texture, it provides mostly only a neutral sweetness. Because pearl sugar is typically made using beet sugar rather than cane sugar, it does have an earthy aftertaste with a very mild bitterness; however, this taste is very subtle, and most people won’t notice it.

Pearl sugar has the same nutritional value as refined white sugar, which means it has very little value. Pearl sugar is a carbohydrate and offers nothing except for a quick burst of energy. It contains no vitamins or minerals.

Pearl sugar and other forms of white sugar can cause serious health problems, including obesity, diabetes, and tooth cavities. You can significantly mitigate these issues by consuming it in moderation.

Bakers and cooks use pearl sugar for appearance and texture. Pearl sugar is typically sprinkled over the tops of baked goods to give them an attractive look and a little crunch. When mixed into doughs and batters, it will provide a crunch there as well while also enhancing sweetness.

Pearl sugar is commonly used to make the Swedish confection known as chokladboll. It is also popular on the Finnish favorite called pulla cakes. Germans use it on cinnamon buns while the Belgians use it to make sugar bread (sukerbole, also called sukerbrood).

The Belgians are especially fond of pearl sugar when used in a variety of waffles called liege waffles. Liege waffles are made by mixing the pearl sugar grains into the batter, which gives them a distinctive texture. The sugar grains melt and then quickly caramelize when exposed to the waffle iron’s high heat.