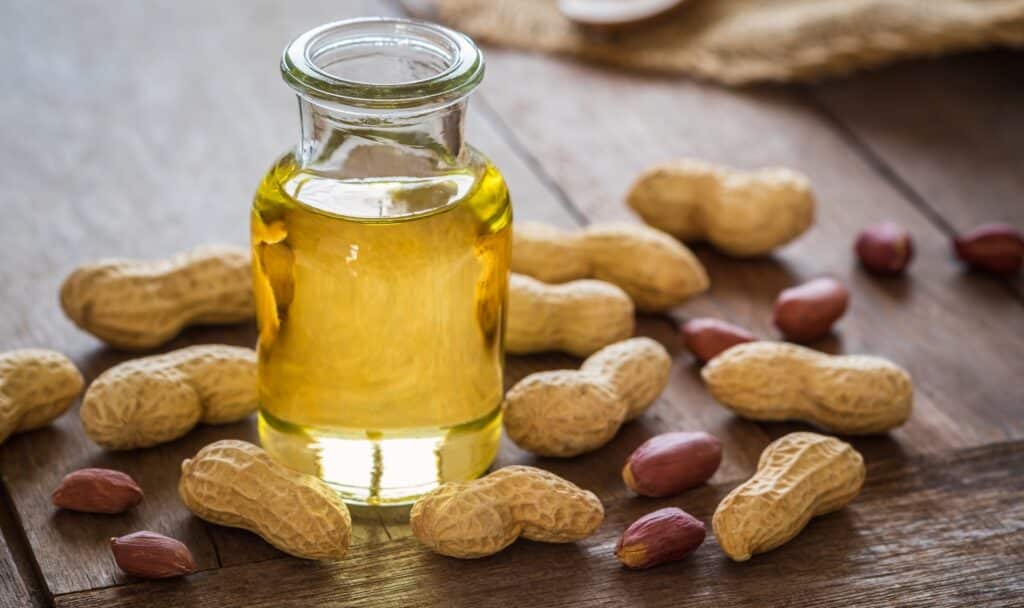 Peanut oil is extracted from peanuts. The peanut plant is most likely from South America. Archaeologists believe this because they have found peanut-shaped pottery in South America from 3,500 years ago. Peruvians were using peanuts as sacrifices and placing them in tombs with their mummies in that same period.

After European explorers encountered peanuts in Brazil, they took them back to Spain. From Spain, the legumes spread to Africa and Asia. Peanuts would be introduced to North America by Africans in the 16th century who arrived on the continent via the slave trade.

Peanuts would not become a commercial crop in the US until the 1800s when they were grown for oil, food for poor people, and livestock. They were not a popular crop because growing and harvesting them was considered difficult.

At the start of the 20th century, equipment that made harvesting peanuts easier and more efficient was developed along with machines that could shell the peanuts and clean them.

The French carried out the first experiments in peanut oil production in 1802. They encouraged planting peanuts in their colony Senegal specifically for oil production. Three decades later, peanut oil was being used for soap-making in Marseilles. By the 1900 Paris World Exposition, peanut oil was one of the primary fuels for diesel engines on display.

Most of the world’s peanuts are crushed for peanut oil production.

Peanut oil is not a superfood, but it does provide some compounds that are key to good health, those compounds include:

Replacing unhealthy fats in your diet with peanut oil may reduce your risk of developing certain health conditions and may also help to treat some of them. Those conditions include:

The primary way that refined peanut oil is used is in deep-frying. Many consider it to be the best oil for that purpose because of its high smoke point. Gourmet peanut oil can be used as a finishing oil similar to the way that sesame seed oil is used in many Chinese dishes.