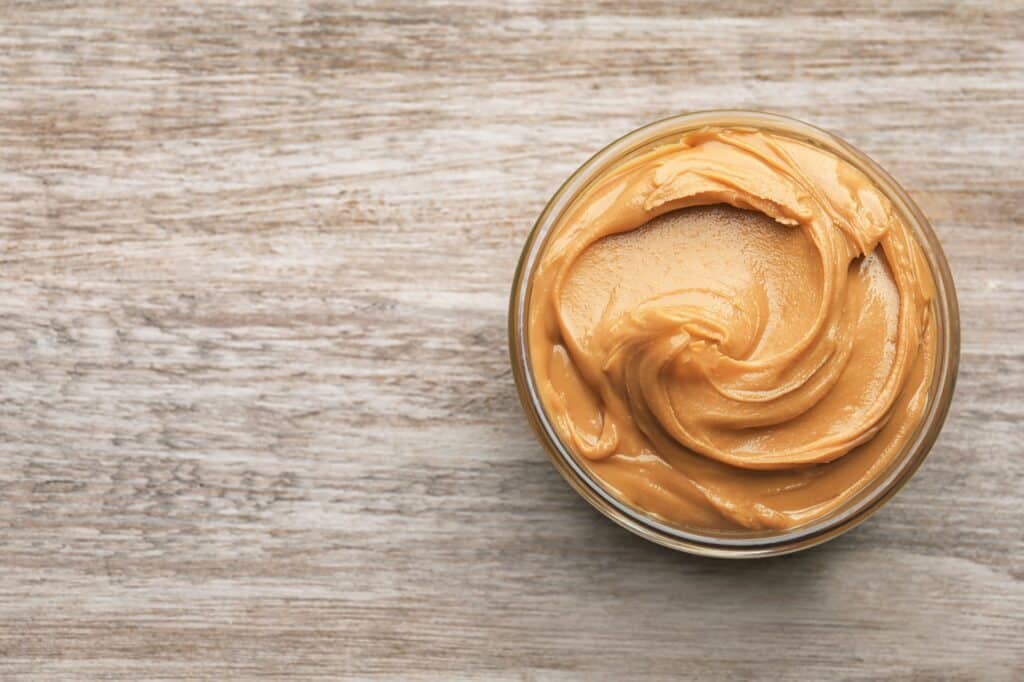 Peanut butter as we know it in the modern world is made from roasted and ground peanuts. Peanuts most likely originated on the South American continent and were used by the Incas and Aztecs as both food and medicine. It should be noted that these early South Americans were likely the first people to pound peanuts into a paste.

Europeans first learned of peanuts in Brazil in the 16th century. Archaeological evidence shows peanuts being entombed with South American mummies and used in sacrifices going back to 1500 BCE.

The Spanish took peanuts back with them, and they were exported into Africa and Asia from Spain. It is via the Africans that peanuts were introduced to North America in the 18th century. Only in the 19th century would peanuts be cultivated for commercial purposes in the US. It was considered suitable only as food for livestock and the poor.

During the American Civil War, both sides consumed peanuts, with many on the Union side taking their love of the legume back home after the war. Peanuts gradually became more popular throughout 19th century America.

The European re-discovery of peanut butter is commonly associated with John Harvey Kellogg who filed a patent for a kind of peanut butter in 1895. His version involved boiling the peanuts so that they could be served to the wealthy patients at his sanitarium. In its early years, peanut butter was viewed as a delicacy, in part because of Kellogg’s rich and famous patients. Kellogg may not have been the first to create a form of peanut butter. Dr. Ambrose Straub from St. Louis and George Bayle are both possible contenders for the title of peanut butter inventor. Also in the running is a Canadian named Marcellus Gilmore Edson, who was the first to patent a roasted peanut paste in 1884.

Peanut butter has a strong nutty taste with a subtle roasted coffee-like note. Most versions have a mild amount of saltiness with some sweetness. The sweetness can vary considerably depending on the brand and type of peanut butter.

Peanut butter is nutritious and contains significant amounts of several compounds that are important for health, like:

With peanut butter as a regular part of your diet, you may be treating or preventing health problems like:

Peanut butter is high in fat and calories, so it might not be the best food if you are trying to lose weight.

The traditional way to use peanut butter is as a spread for bread, but it is a common ingredient in cookies and other desserts.