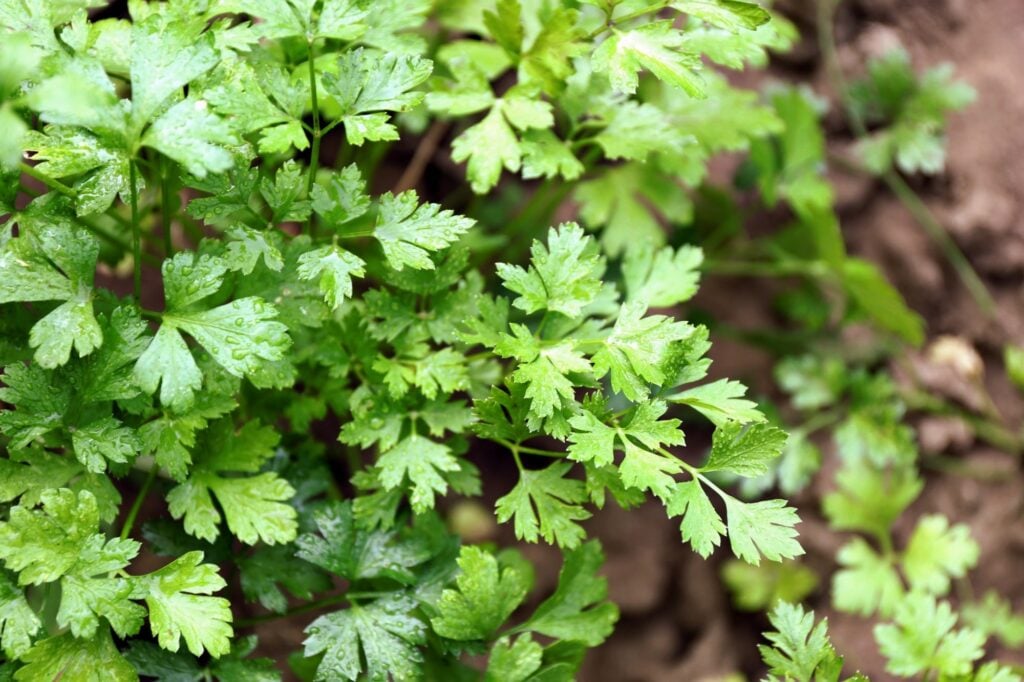 Parsley is a popular herb garden plant, and not just because it is nutritious and visually appealing. Parsley is considered an all-purpose growth stimulator by some gardeners. It is also an excellent companion plant that pairs well with many other herbs and vegetables in your garden. There are also a few plants that you should keep away from your parsley. Companion planting protects crops by their proximity to other crops that may provide protection or other benefits. Here are some of the best companion plants for parsley.

Beans (both bush and pole varieties) and other similar legumes are great partners for parsley since they add nitrogen to the soil, which benefits parsley. In addition, the parsley helps to protect the beans by attracting predators that feed on its pests. Pests that can harm bean plants include cutworms.

Corn is vulnerable to a set of pests, including cutworms and armyworms. Parsley is a great companion because it attracts tachinid flies. The parasitic tachinid fly larvae can feed on these worms and eventually kill them.

Parsley is sometimes used as a trap crop for tomatoes. It is used as a lure to draw pests away from the more valuable tomato plants. It also attracts hoverflies that feed on one of the main pests of tomato plants: aphids. If you allow the parsley to bolt, its flowers will attract pollinators that can improve the tomato plant’s fruit production.

Pears and parsley have different nutritional requirements, so they won’t compete with each other, making them great companions. Also important is the fact that parsley attracts predators of pests that can damage pears. Parsley plants will draw braconid wasps that will prey on the gypsy moth, which is one of the pear tree’s pests.

Members of the Brassicaceae family like kale, cabbage, and broccoli can suffer damage from pests like cabbage worms and cutworms. Parsley brings in predators that feed on these worms.

Which plants should not be planted with parsley?

Lettuce has a reputation for being a poor companion for parsley. Parsley may cause the lettuce to go to seed faster than it would if the parsley were not planted close to it. Parsley may also attract insects that hinder the lettuce’s growth. Similarly, mint is rumored to be a poor parsley companion. Mint is a poor companion for most plants because of its aggressive growth rate and propensity for taking over garden beds.

Carrots and parsley are closely related, which can cause a couple of problems. Growing parsley with carrots can attract carrot flies, also known as carrot root flies. The flies are drawn by the scent of cut parsley and will attack both crops. Another problem comes from the fact that these two can cross-pollinate, which will affect any seeds you collect. Alliums like onions and garlic are more plants that don’t pair well with parsley. They are said to stunt the growth of parsley plants.