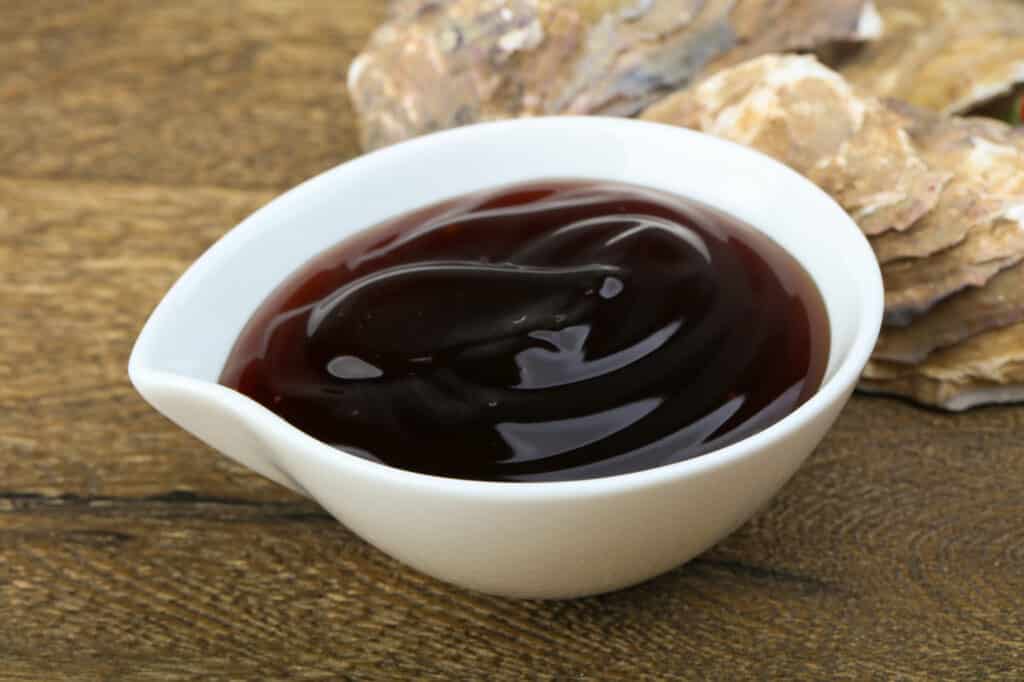 Oyster sauce and fish sauce are two popular Asian sauces used to enhance savory dishes. They both have a basis in the same umami flavor profile and are made from seafood, but do they taste the same? Can you switch them out in any recipe? This SPICEography Showdown will give you those answers and more.

How does oyster sauce differ from fish sauce?

Oyster sauce is made with a different set of ingredients from fish sauce. The basis of pure, traditional oyster sauce is a reduction of the water used to poach shucked oysters. It is an oyster concentrate. Commercial oyster sauce may contain salt, sugar and soy sauce. Fish sauce is the liquid from fish — usually anchovies — that have been fermented with salt.

Oyster sauce has a very different flavor from fish sauce. It is salty with a hint of sweetness and a caramelized briny flavor. When added to food, it gives a strong umami flavor profile with hints of earthiness. Oyster sauce is usually used for cooking and gives stir-fry sauces a thicker consistency.

Fish sauce has an intensely fishy smell while still in the bottle; however, the smell dissipates and it gives food a slightly sour savory intensity when used during cooking or as a table condiment. When used at the table, fish sauce is usually blended with lime juice and hot chiles then sprinkled over food like hot sauce.

Oyster sauce can work as a substitute for fish sauce in certain recipes since it adds a similar umami character to marinades and sauces. It will work in fried rice as well as long as you use a small amount and thin it out with water or soy sauce first. Oyster sauce is also salty like fish sauce.

Oyster sauce won’t work as a fish sauce substitute in dishes where the thin texture of fish sauce is important. Condiments like nam prik pla that are to be sprinkled or poured over foods won’t be the same if you were to switch out the fish sauce for oyster sauce.

Fish sauce can work as a good oyster sauce substitute in fried rice, stir-fry sauces, and marinades. What it won’t do is act as a thickener in dishes that need it. When using it in a stir-fry sauce, you will need a thickening agent such as cornstarch.

Oyster sauce is best for stir-fry sauces where it serves both as a seasoning and a thickener. It is great with leafy vegetables — its mild sweetness can balance the bitterness from greens. You can use it as a dipping sauce as well. Add oyster sauce to any dish that can benefit from thickening and that needs a salty, umami touch.

Use fish sauce in dishes that need a strong umami note and saltiness but that don’t need the thick consistency of oyster sauce. For example, nuoc cham is a dipping sauce made with fish sauce. In Vietnam, it is often served alongside everything from grilled meats to noodles and egg rolls.