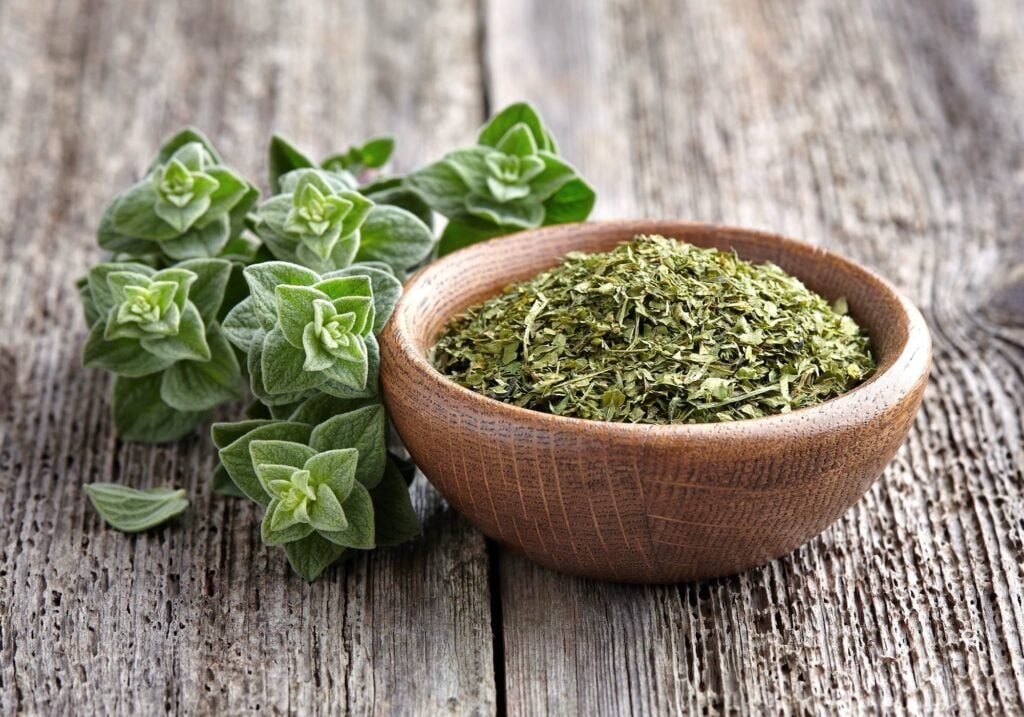 Oregano and parsley are two of the most popular herbs in American cooking. Their major roles are the result of the huge influence Mediterranean immigrants have had on US food culture. While they are often recommended as substitutes for each other, they have less in common than you might think. If you are thinking about using one of these herbs in place of the other, learn more about them first. The SPICEography Showdown below has more information.

How does oregano differ from parsley?

Oregano and parsley are two herbs from different botanical families. Oregano belongs to the mint family, also called the Lamiaceae family. Parsley belongs to the Apiaceae family, which is the same family as carrots, dill, and cilantro.

Oregano and parsley have different flavors. Oregano is known for having an intensely savory taste. The oregano flavor has notes of camphor and a slight woodsy bitterness similar to that of thyme. In comparison, fresh parsley’s flavor is mildly grassy with a slight bitterness. Dried parsley has very little flavor.

Oregano and parsley are used in different forms. Oregano is almost always used in the dried state because the fresh herb is considered so strong that there is a good chance that it will overpower most ingredients. Unlike most culinary herbs, where the dried form is considered stronger than the fresh, dried oregano’s flavor is more reserved.

Dried parsley does look like dried oregano, so it can make a good substitute for it in terms of its appearance. Use it in soups and meatballs to get the green flakes that dried oregano would give you. It won’t be a good substitute if you want oregano’s flavor. Use fresh or dried parsley in any of the dishes that require oregano, especially tomato-based ones. Fresh parsley pairs well with many of the ingredients that you will see in recipes that call for oregano, despite the fact that it lacks oregano’s flavor.

Oregano is best known for its role in tomato sauces from Italy. Use it in pasta sauce and pizza sauce. Pizza sauce is known for having a particularly strong oregano flavor. Oregano also works in dry rubs for grilled meats, along with soups and stews.

While the main use for parsley — particularly the curly-leaf variety — in North America and Western Europe is as a garnish, it has broader applications. You can use the Italian flat-leaf variety as the base for Argentinian chimichurri sauce. You can add either flat-leaf or curly-leaf parsley to vinaigrettes, where they will contribute to the appearance and flavor. Parsley is one of the two main ingredients in the French seasoning blend called Persillade and is the source of the green color in Italian salsa verde. It is one of the essential ingredients in Lebanese tabbouleh, a kind of salad. Cooks in the Middle East also use it as a garnish. It’s not unusual to see chopped parsley served with hummus.