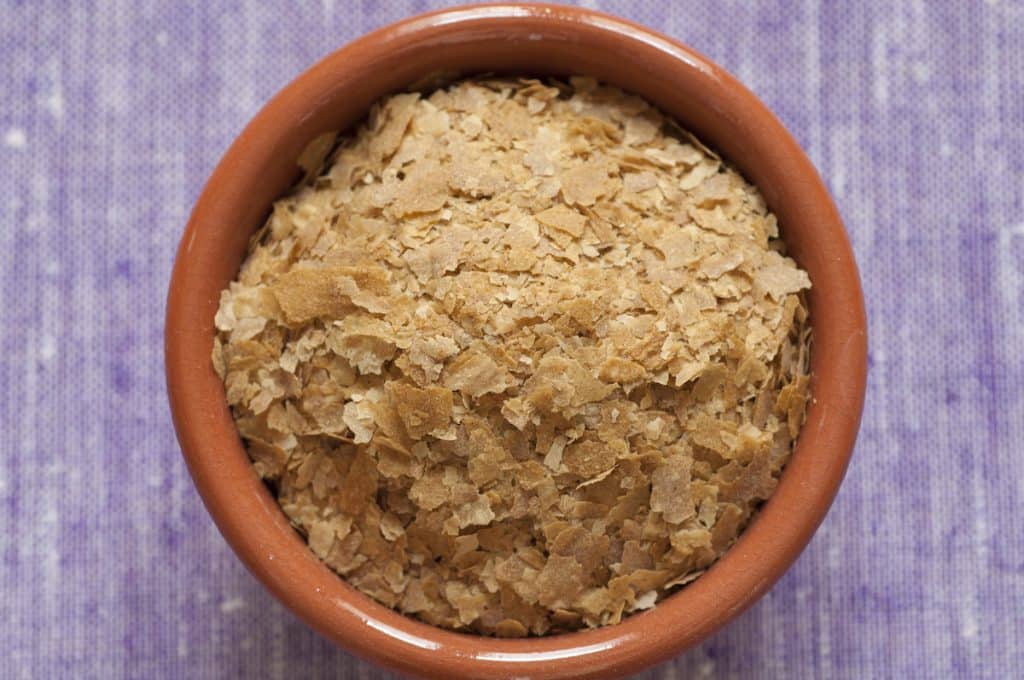 Brewer’s yeast is a single cell organism that feeds on sugars and excretes carbon dioxide and alcohol. It is removed from beer, dried and deactivated before being processed into flakes or a powder. It is a good source of proteins and other nutrients that it takes up while it is alive. It gets these nutrients from the grain it feeds on when being used to brew beer. Nutritionally speaking, both will provide amino acids as well as trace minerals.

Use Parmesan cheese as a 1:1 replacement for nutritional yeast.

In a pinch: Soy sauce

Use half the amount of soy sauce that your recipe requires for nutritional yeast and increase to taste.

Vegemite is Marmite’s Australian cousin. Both are yeast extracts, but Vegemite has added flavors and other ingredients that make the taste a little different. However, it can still provide the some of the savory notes that you would get from nutritional yeast.

Look for both Marmite and Vegemite in the International foods section of your grocery store.