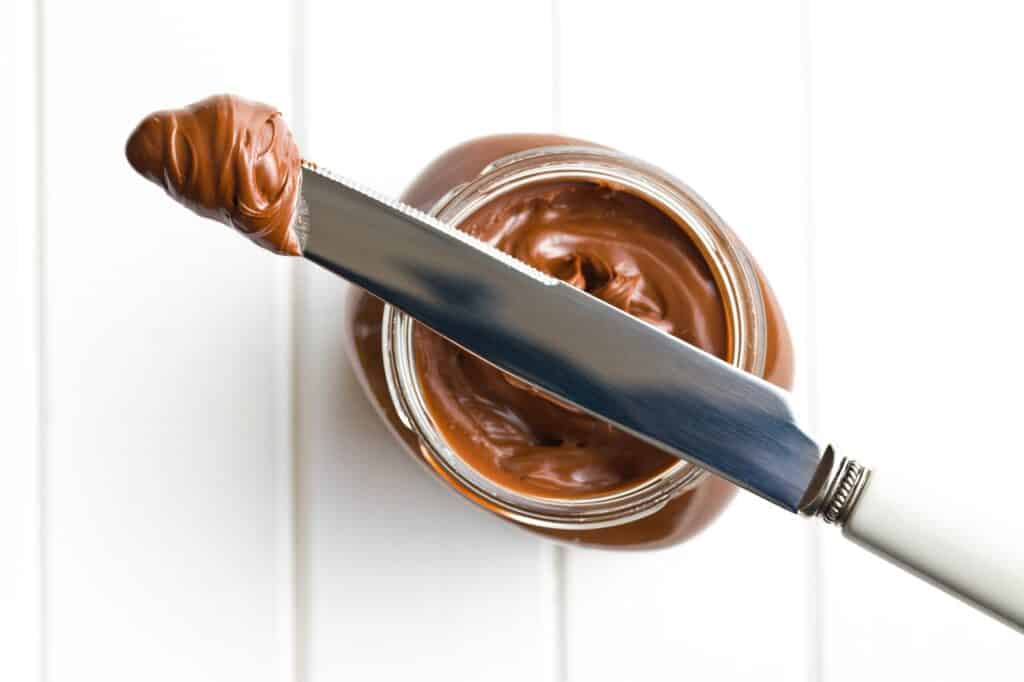 Nutella and peanut butter are two incredibly popular nut-based treats. Nutella is more of a newcomer in the US, though it has been a part of European cuisine for decades. They are both typically used in the same ways, but have very different properties. Let’s compare them in this SPICEography Showdown.

How does Nutella differ from peanut butter?

The most basic difference between Nutella and peanut butter is that they are different products made up of different ingredients. While they do have shared items like salt and sugar, their respective ingredients lists have little in common. Nutella’s main ingredients are hazelnuts, cocoa, and skimmed milk powder. Sugar is one of the top ingredients, along with palm oil. The most common peanut butters consist mostly of roasted peanuts, but may also contain tiny amounts of vegetable oil and sugar. Natural peanut butter contains only peanuts and sometimes salt.

The different ingredients result in different flavor profiles. Nutella is dominated by the taste of chocolate along with its sweetness. In the background, there is the nuttiness from its hazelnuts. Peanut butter will usually taste mostly like peanuts, with only a very slight sweetness. The different kinds of peanut butter have consistencies that vary from the waxy smoothness of stabilized versions to the creamy slickness of the natural ones.

Nutella and peanut butter have different costs in many places. Nutella is typically more expensive than the most common peanut butters, which are relatively inexpensive in the US and some parts of Europe.

Peanut butter can work as a substitute for Nutella if you want nut butter with less sugar. It won’t give you the chocolate flavor, but you can add a little cocoa powder or dark chocolate to get a better approximation of Nutella.

Use Nutella when you specifically want the sweetness and chocolate flavor of the Italian spread. In addition to using it as a spread on bread, you can dip fruit into it and use it in a variety of desserts. For example, it is a good ice cream topping.

Peanut butter is fine by itself on toasted or fresh bread, but it is more often seen paired with jelly or honey. It is a popular ingredient in cookies and other baked goods, and it can be used to flavor ice cream and oatmeal.