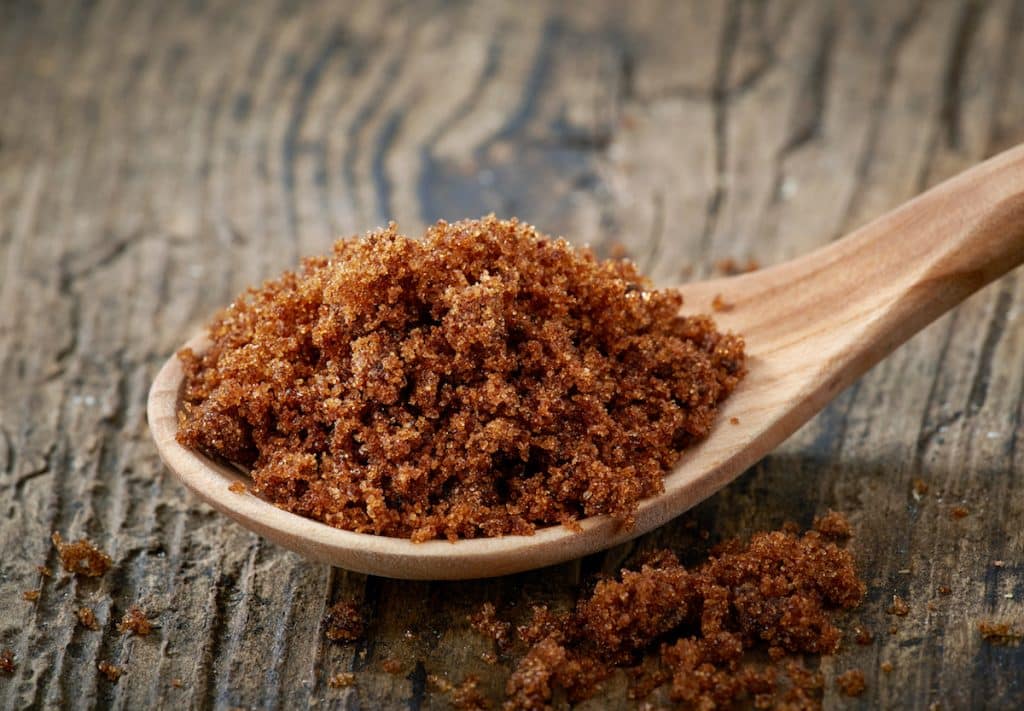 Sugar refinement is an Indian invention. When India fell under British colonial rule, the processes for cultivating sugarcane and refining sugar were exported to other British colonies. Those colonies included Mauritius, which is where what we call muscovado sugar was first produced. Muscovado sugar is a raw sugar and unlike Demerara sugar and other raw sugars, most forms of it do not get spun in a centrifuge to remove any of the molasses. As a result, it has a dark color since it retains most of its natural molasses. It is important to note that there is no legal definition for muscovado sugar, which means that any manufacturer can use the muscovado name. It is commonly applied to any molasses-rich brown sugar.

For British people in the 19th century, sugar’s quality was determined by its molasses content. The lower the molasses content, the paler the color and the higher the quality. Because its molasses content was high, muscovado sugar was deemed the lowest quality sugar. The term muscovado entered British English at some point in the 18th or 19th century. It comes from the Portuguese term for unrefined sugar, which is mascavado. Other names for muscovado sugar include khaand, which is the Hindi word for it and Barbados sugar. It is also sometimes referred to as poor man’s sugar since it was relatively inexpensive.

In the 18th and 19th century, muscovado was imported into Britain and sent to refineries like those in London and Glasgow. This was so that manufacturers would not need to install expensive refining equipment in the colonies. Muscovado sugar was imported both from British colonies as well as from sugar-producing countries outside it such as Cuba and Brazil.

Today, most of the world’s muscovado sugar production takes place in three places: India, Mauritius and the Philippines.

Muscovado sugar’s flavor is dominated by the rich caramel flavor that comes from its molasses content. The molasses flavor is more concentrated in muscovado sugar than in any other brown sugar. In addition, the molasses also brings a mild bitterness and subtle licorice notes.

Consuming muscovado sugar will not help with the treatment or prevention of any illnesses. As with other types of sugar, too much of it can lead to type 2 diabetes and heart disease.

Because muscovado sugar’s main characteristic is its high molasses content, it is suitable for any application that requires both sugar and molasses. Use it to make gingerbread, ginger snaps or as a sweetener in your barbecue sauce. It also works well in dark chocolate desserts where its color will go unnoticed and its flavor will add even more depth.