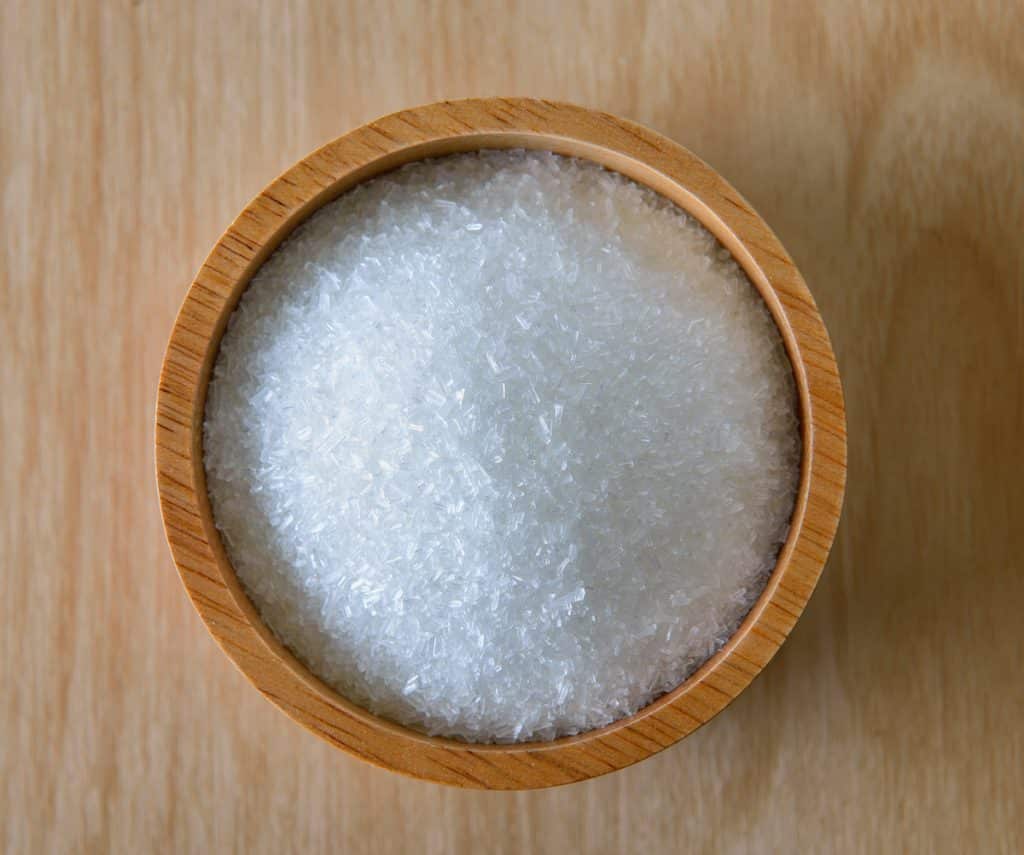 Monosodium glutamate (MSG) and salt have a lot in common, including a similar appearance. Both consist of white crystals that can differ in size and both may show up in the same types of dishes. Their similarities do not mean that they are exactly the same or that you can use them interchangeably. In this SPICEography Showdown, we will take a look at how MSG and salt compare to each other. Let’s break things down.

How do MSG and salt differ?

Monosodium glutamate is one of many different forms of salt used in cooking. Other forms include sodium bicarbonate (baking soda) and sodium nitrate (curing salt). It is a sodium salt that comes from glutamic acid, which you can find in tomatoes and many other foods. Like baking soda and curing salt, MSG has a specific function that is different from the functions of the other types of salt. MSG is purely a source of the umami flavor. Its job is to give savory foods a richer and meatier flavor, which means that its function is more specialized when compared to table salt.

Salt is also known as sodium chloride, and is the most universal seasoning—it is used in every food culture. It shows up in both sweet and savory dishes. It is a part of what defines savory foods, in that it shows up in almost all of them. It enhances sweetness when used in small amounts in a dessert. Salt enhances most other flavors, including the flavors of other spices used in a dish and the flavor of the main ingredient itself. Furthermore, it is a nutritional requirement in addition to being important for the flavor of food.

Both MSG and salt can have serious negative effects on health since they both contain sodium, which is the part of salt that can cause health issues. Both of them can increase blood pressure; however, MSG’s effects are over a longer time period than salt. It has only about a third of the sodium found in table salt. In other words, you have to eat a lot more MSG-laden food for a longer time for it to affect blood pressure.

Can you use MSG in place of salt and vice versa?

As a flavor enhancer, MSG does have some of the function of salt and has been used as a condiment at the table just like salt. Early in its history, you could find MSG on many Japanese households’ tables; it was kept there for sprinkling on food similar to the table salt in Western countries. Because it does not have as much sodium, it is sometimes recommended as a replacement for some or all of the salt in a recipe. It can enhance savoriness without as significant an effect on blood pressure. It is important to note that the umami flavor that it provides is not the same as saltiness, which means that its effect will not be exactly the same.

Even though MSG is generally regarded as safe by the FDA, many people continue to believe that it is harmful. Salt can be used as an alternative to it and will enhance savory flavors, but on its own will not provide the same umami qualities that you would get from MSG. It should also be used sparingly since it can cause its own set of health issues.

MSG can work in any savory food. While it you may be more familiar with its use in Asian dishes, it can provide similar effects in soups and sauces from any food culture. You can add it to dry rubs and marinades or mix it with salt and sprinkle it onto French fries. Salt is a true all-purpose seasoning that can be used in any savory dish and one that you need for most sweet ones as well. Depending on the ingredients in a dish, you may not need to add extra salt; however, it is usually necessary to have it in some form.