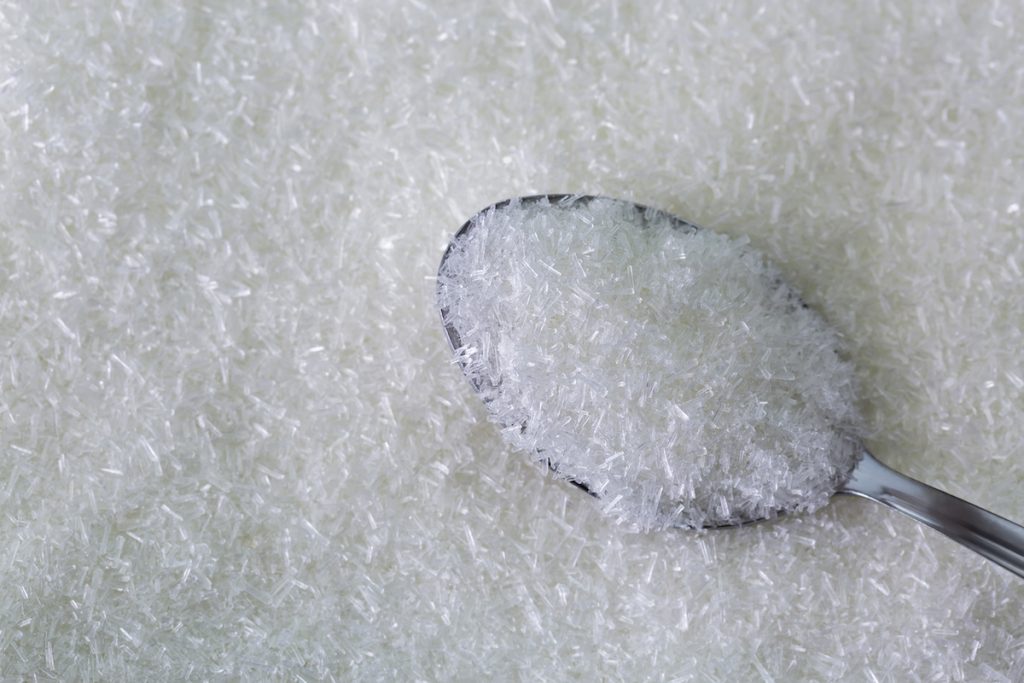 For many people, monosodium glutamate is better known by its acronym: MSG. The spice has had a lot of controversy surrounding it in the past and some of that still lives on today.

The chemical was first isolated from seaweed by Ikeda Kikunae, a Japanese chemist and would be introduced in 1907 as a food flavoring. Kikunae’s term for the flavor of MSG was umami and comes from the Japanese word for tasty. Early on, the product was not embraced by Japanese restaurants so the company making it changed its marketing strategy and focused on Japanese housewives instead. This avenue proved to be successful and a little more than 20 years later, shakers of monosodium glutamate would be fixtures on Japanese tables. It was added to food in much the same way that salt is added at the table in western cultures. People became so accustomed to it that within a decade of its adoption in households, it could be found in restaurants as well.

Monosodium glutamate would afterward be introduced in Taiwan and China, then the US. Adoption was slow at first, until its ability to truly improve the flavors of savory dishes was discovered. The Chinese developed their own version of monosodium glutamate and used it to intensify the flavor of both meat and vegetarian soup stocks. It was seen as a way to make vegetarian foods more flavorful without the addition of meat products.

In the US, monosodium glutamate is commonly associated with Chinese food. In particular, it is associated with Chinese food served in restaurants. Many believe that this is how it was introduced to the country; however, that was not the case. Monosodium glutamate was first added to packaged foods. The first American customers included the Campbell’s Soup company, where it was recognized as an important flavoring additive that could reduce blandness.

Only after World War II did Americans venture away from traditional European fare and begin experimenting with Asian cuisine; in particular, Chinese food. Of course, this led to an even greater consumption of monosodium glutamate.

The late 1960s would see Americans becoming more cautious about food ingredients with chemical names. The potential for carcinogenic effects was particularly concerning to many. The Food and Drug Administration would classify monosodium glutamate as Generally Recognized As Safe (GRAS). The GRAS classification did not prevent the general public from becoming paranoid about the ingredient after a 1968 anecdotal report published in the New England Journal of Medicine. The paranoia that began in the late 1960s continued through the 1980s, despite numerous studies failing to show a relationship between monosodium glutamate consumption and illness.

Monosodium glutamate has a mildly salty flavor on its own and is used for its effects on the flavors of other foods rather than for its own flavor. The umami flavor that it brings out can be described as being similar to the broth flavor. One good way to describe it to someone unfamiliar with the concept of umami is in terms of stock concentration. The flavor difference between a stock that has been cooked for an hour and one that has been reduced for three hours is the intensification of the natural glutamates and thus the flavor notes that monosodium glutamate brings. It is simply the meaty qualities without the taste of a specific meat.

Traditional uses of monosodium glutamate include soups, where it is added to intensify the savory taste of broths. It has the same effect on vegetables and can be sprinkled directly onto vegetables before steaming them or into the water in which they are to be boiled. Add it to a marinade for meat or into a sauce for stir-fried dishes.