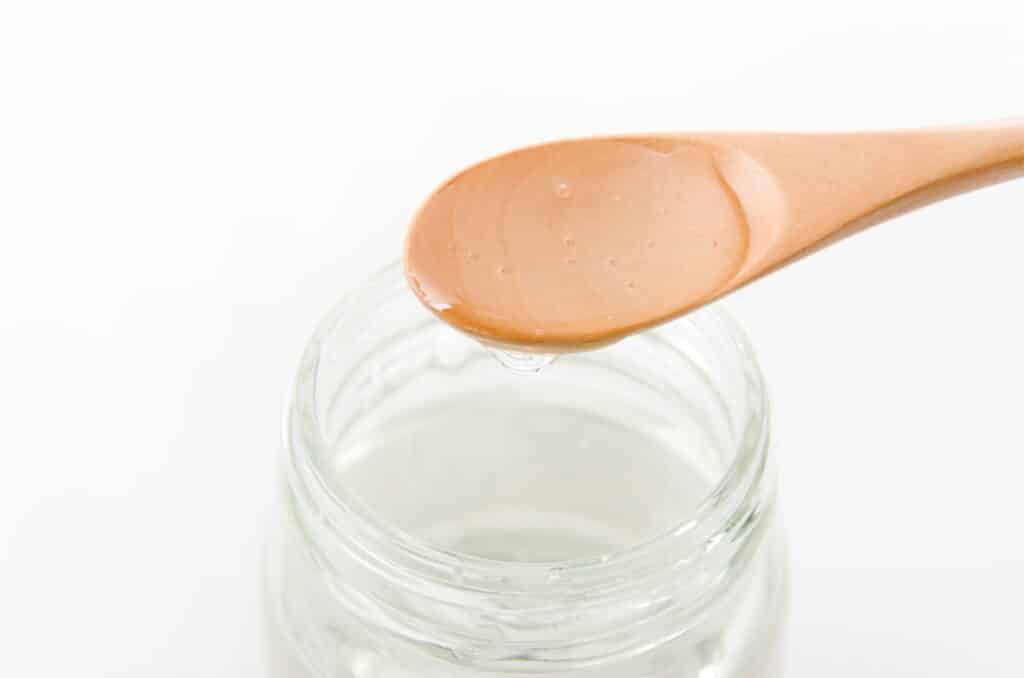 Mizuame is a Japanese sweetener traditionally made from rice and that consists mostly of maltose. You will need it to get the glossy sheen seen on some Japanese confections. Mizuame may not be an easy product to find outside of Japan, even in Asian grocery stores; however, many alternatives are just as good or almost as good. Here are some of the best mizuame substitutes available.

The sugar in glucose syrup is derived from starch, just like mizuame. In the case of glucose syrup, the sugar is usually derived from corn but can be made from other grains including wheat. Glucose syrup is similar to corn syrup in that it is sweet, but it doesn’t have the added vanilla flavor that you would get in light corn syrup. It’s a traditional ingredient in pastries and in frozen desserts like sorbets, where it helps to create fine crystals and prevent the sorbet from freezing into a solid block. It shows up in many hard candy recipes.

Mulyeot syrup is sometimes referred to simply as mulyeot and may be written as mul yeot. It is a malt syrup just like mizuame, which means that it will have all of the same characteristics including the same level of sweetness. It is native to Korea and Korean cooks use it in various cooking styles including braising and grilling where it adds a sheen to food along with sweetness.

Like mizuame, it has the visual characteristic of being crystal clear. The clarity keeps it from affecting the color of dishes to which it is added. In addition, mulyeot syrup can bring a simple sweetness without any other flavor notes. Bakers use it in cookies and other baked goods to enhance textures. You can find mulyeot syrup in some Asian stores, but it may be unavailable via standard Western supermarkets.

In a pinch: Chinese maltose

Chinese maltose syrup is used to make a kind of glazed fruit sold in China that is similar to the Japanese fruit candy made with mizuame. It is an essential component in many Chinese desserts, including moon cakes and various other pastries. Because Asian grocery stores in the US often have a greater array of Chinese products than from other countries, Chinese maltose syrup may be easier to find and cheaper than mizuame or other mizuame substitutes.

Honey is sweeter than mizuame, but it can still be used to provide a similar effect. Simply use less of it to get the same level of sweetness. Note that honey does have a more distinctive flavor than mizuame, which is simply sweet.