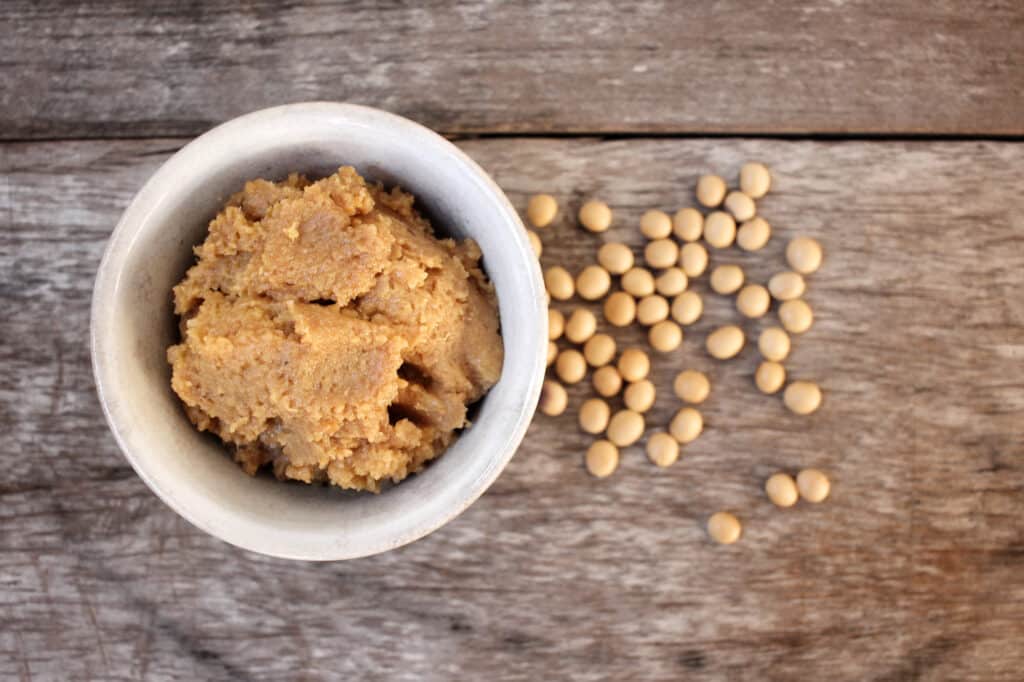 Miso plays a fundamental role in Japanese cuisine. Its role is so important and its flavor is such a difficult one to replace that nothing else can truly take its place. That said, there are a few seasonings that provide some of the same flavor notes that you get from miso. Consider one of the miso substitutes below.

Both soy sauce and miso are fermented products and have shared elements in their flavor profile because of this. While it is still possible to get some elements of the miso flavor profile without using a soy product, soy is the best way to do it. Along with being fermented, soy sauce is similar to miso in that it is made from soybeans.

Not only does it share some aspects of the flavor profile, but it also has some of the same nutrients. Soy sauce is salty and can provide the same umami kick that you would get from miso. It has the benefit of containing no animal products, which means that you can use it as a miso substitute in vegan dishes.

The downside of using soy sauce as a substitute is that it is watery while miso is a paste. It won’t be a perfect replacement in all recipes but it should work in soups, dressings and similar recipes where the consistency won’t be an issue.

You should also keep in mind the difference in color. If your recipe calls for one of the paler miso varieties (yellow and white), soy sauce will make the dish darker than it should be. If the appearance is an issue for you, you might want to use a lighter colored substitute or use a small amount of light soy sauce.

Tamari is a byproduct of making miso so it has a lot in common with it in terms of the flavor profile. It provides a similar saltiness and the same umami profile. Tamari is also a lot like soy sauce, except that it is thicker and richer without being quite as salty. The fact that tamari is relatively thick means that it can do a better job of providing some of the body that you get from miso. Of course, it won’t be perfect since it is still a liquid. Use tamari in marinades or as a salt substitute.

In a pinch: Dashi

Dashi is another ubiquitous Japanese ingredient that is used to give an umami flavor to many foods. Unlike miso, it usually goes unrecognized despite playing a major role in many Japanese dishes. Dashi is a pale broth made with kombu, which is a kind of seaweed.

In Japanese cuisine, dashi may be used to cook everything from ramen to the rice for sushi. While it does not look like miso paste, it is like miso in that it is used to enhance savory flavor profiles. You can add it to any savory dish that can handle the extra liquid.

Tahini paste makes a workable substitute for miso when you need something that looks and functions a lot like miso. Tahini paste is made with ground sesame seeds. It does not have the same flavor profile as miso. It tastes more like very mildly flavored peanut butter; however, it does a good job of providing the same color and body that you would get from miso.