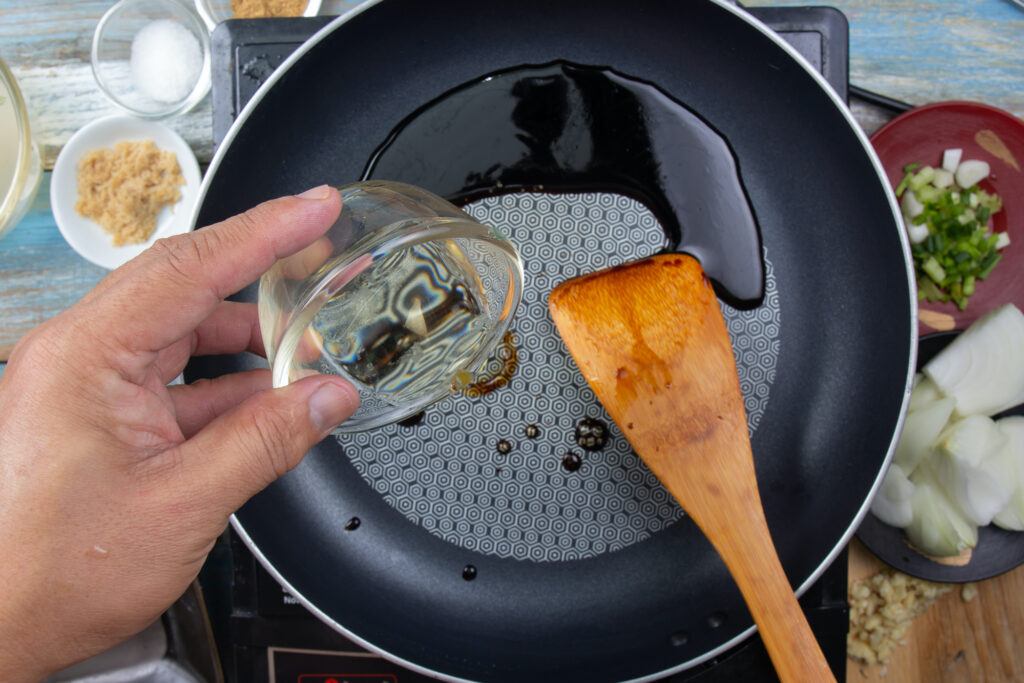 Mirin was popular as a high-quality liquor for drinking until sake became the main alcoholic beverage of Japanese people during the Edo era (1603-1868). Only towards the end of that era did it become widely consumed among regular Japanese people, though the mirin of that time was not as sweet as it is today. This period is also sometimes referred to in historical texts as the age of the civil wars. In addition to being consumed as a drink, mirin was also used as a sweetener since sugar was not widely available.

Like many Japanese ingredients, mirin most likely originated in China; however, its exact history is unknown. Another theory posits that mirin evolved from ancient Japanese beverages such as white sake. Some sources state that it originated around the 12th century when Japanese people began combining gluttonous rice with sake as a drink for special occasions.

Around the 16th century, some producers began distilling this mixture to extend its shelf life. The resulting liquor was called shochu and it evolved to become mirin. A third possibility is that both theories are true and that mirin has a Chinese as well as a Japanese heritage.

Mirin only acquired the flavor that it has now around the end of the Taisho era, which was at the start of the 20th century. Rice malt was added to convert mirin’s starch to sugar. It didn’t become a common ingredient in domestic cooking until the 1930s. By the 1940s, the mirin industry in Japan was thriving with hundreds of producers.

Today, you can find mirin sold in grocery stores all over the world. Check your local supermarket’s Asian aisle or look in the wine section of most Asian markets.

In addition to having a subtle sweetness, mirin has a slight acidity that often leads to it being confused with rice wine vinegar. Mirin is also salty and has a high sugar content — about 50 percent sugar — and has approximately 14 percent alcohol. The sugar makes it sweet which helps to suppress bitter and salty notes in food while the alcohol can help to cut the gamy and fishy notes in some proteins.

Mirin contains no major nutrients and possesses no significant health benefits. One minor benefit is the fact that it can add flavor to food without significantly increasing the calorie load.

Aside from the potential health issues that alcohol can cause, mirin contains a large amount of sugar; some versions contain high fructose corn syrup. Excessive sugar consumption can cause a range of health issues including obesity and type 2 diabetes.

Marin also contains salt, which can cause high blood pressure and other health issues if you consume too much of it. Mirin is great in marinades, stir fry sauces, and its sugar content is useful when making glazes for roasted meats and fish.

Marion has different applications depending on where in Japan it is being used. Mariners of Naruto miso soup to enhance the flavor. It also brightens the flavor of fish. Mirin is one of the essential ingredients in teriyaki sauce and it is also a major component of other traditional Japanese sauces like ponzu and dipping sauce for tempura. It is essential for the famous street food called yakitori as well.