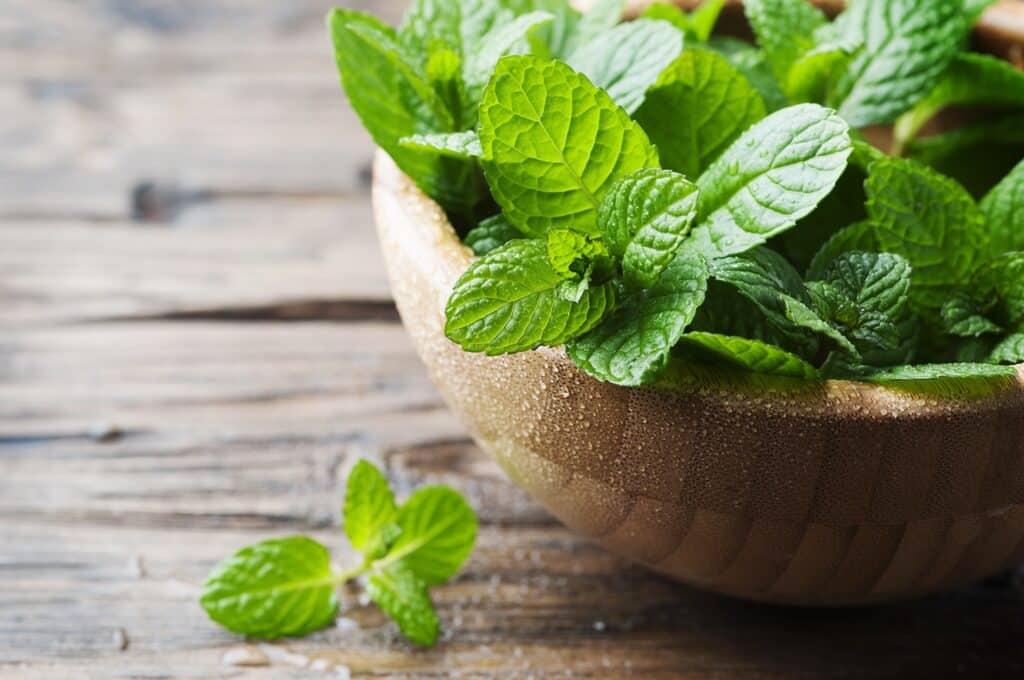 Mint is one of the most popular herbs in the world. It is used in many cultures as much for its medicinal value as for its flavor. With a herb this versatile, it is difficult for you to misuse it; however, you should still try to maximize the benefits you get from it. Here are a few traditional and tasty mint uses. Some you’ll know, others may surprise!

As a tea herb

Both spearmint and peppermint may be used to make tea. Peppermint tea gives you the crisp sweetness of the herb along with a slight cooling sensation from the menthol it contains. Spearmint has less of the menthol coolness but does have the minty sweetness. Mint tea is consumed in many cultures around the world. In addition to being a refreshing and pleasant drink, it is often used to remedy digestive issues and other stomach problems.

Spearmint makes an excellent salad green. Add a few leaves to a salad with lettuce or arugula to brighten up its flavor profile or chop them for flavor and color in a vinaigrette. Spearmint isn’t limited to savory salads. Its bright cooling flavor is an excellent addition to fruit salads, especially those containing watermelon or strawberries. Tabbouleh is a Middle Eastern salad that you can make with mint. It also contains parsley and bulgur along with onions and tomato.

Peppermint contains more menthol than spearmint, and you might recognize its flavor from candy canes and similar confections. Peppermint is best suited for dessert applications and pairs well with chocolate, which is why it is used in mint chocolate chip ice cream and chocolate mint brownies. Peppermint is added in the form of an extract in many desserts.

For mint sauce or jelly with lamb

Mint has long been a traditional accompaniment to lamb. The combination has been around for centuries and is believed to have originated in England. Meat at the time was often less than fresh and was typically very fatty, so it needed a strong sauce to mask its flavors. Mint sauce has stuck around and is still considered an excellent complement for lamb. Mint jelly is the American alternative to England’s mint sauce.

One of the areas where mint shines is in its versatility when it comes to beverages. It enhances the flavors of many drinks, but it also works as an appealing garnish that can make them look better. From mojitos to lemonade, mint’s sweet aroma and herbaceous flavor can help to make drinks more fragrant and flavorful.

Pesto is traditionally made with basil, which is a relative of mint. It can be made with spearmint leaves as well. You can use mint in place of basil or alongside it, where it will give the green sauce a refreshing and slightly cooling bite. Make your mint pesto by combining the herb with garlic, olive oil, and pine nuts.

Tzatziki is a Greek yogurt-based dip. It is typically served as a part of an appetizer meal along with pita bread and a variety of vegetables. It is also sometimes used as a topping for gyros and kebabs made with lamb. Mint is a common ingredient.

Peas are among the vegetables traditionally served with mint. Minted peas have long been a traditional dish in England. The herb enhances other vegetables as well. Use it on beans, carrots, or zucchini to give them a distinctive herbal flavor.