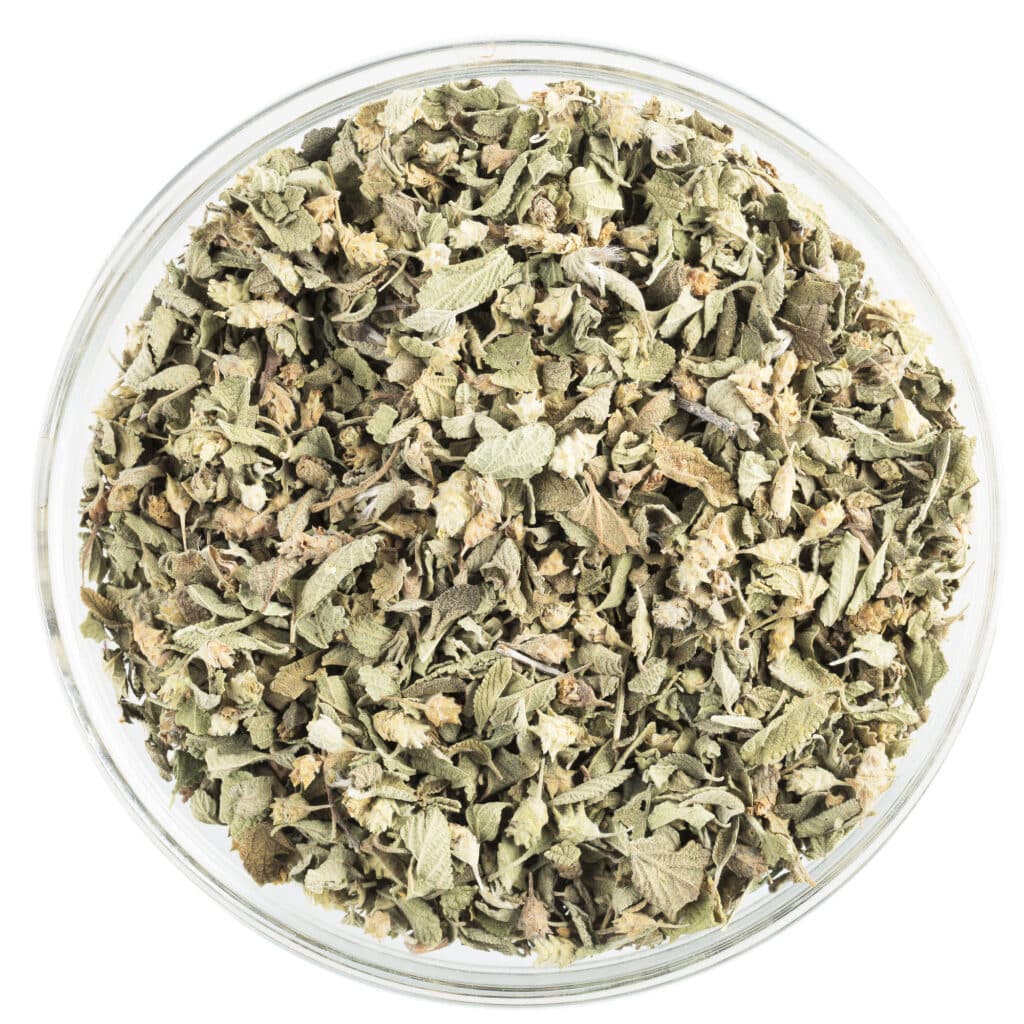 Mexican oregano is often overlooked. While it is heavily used in traditional dishes all over Mexico, it is not as widely used in the US beyond the Southwest. Because of that, many people are unfamiliar with Mexican oregano. If you are planning to make a recipe that requires this seasoning, avoid alternatives if you can. The flavor is unique and not easy to replicate. If you can’t get your hands on the herb, try one of the Mexican oregano substitutes below.

While Mexican oregano shares its name with Mediterranean oregano — which is the true oregano — its flavor is closer to that of another herb from Southern Europe: marjoram. Marjoram has the oregano flavor profile but with added minty sweetness. Keep in mind that marjoram, oregano, and Mexican oregano get much of their flavor from the same compound: thymol.

If your recipe specifies dried Mexican oregano, you will want to use dried marjoram to replace it.

Even though it belongs to a different family from Mexican oregano (which isn’t true oregano), Mediterranean oregano does have some of the same flavor notes. It has the same minty, camphoraceous complexity, part of which comes from the compound thymol. Another benefit is that you can find Mediterranean oregano in most grocery stores, and it is easy to find online.

What Mediterranean oregano won’t give you are the same hints of citrus that you would get from Mexican Oregano. You can get this by adding a small amount of ground coriander to the dish. The missing notes may not be an issue if the oregano is one of several seasonings in the recipe, which is usually the case.

In a pinch: Lemon verbena

Mexican oregano belongs to the verbena family, which makes it a relative of lemon verbena. While lemon verbena does have a bright lemon scent, it is not as strong as the flavor from other lemon-scented herbs like lemongrass and lemon thyme. Lemon verbena is also sweeter than all of them. Along with the lemon scent, there is a distinct floral component.

Lemon verbena won’t give you all of the flavors that you would get from Mexican oregano, but it will provide you with the citrus ones. Its lemon scent may be all you need for some recipes.

Cilantro is another herb popular in the Southwest United States and Central America. Cilantro brings a bright, grassy flavor accompanied by lemony notes. While it is not a perfect match for Mexican oregano, it does bring a similar herbaceous intensity and plays the same role in some Latin American dishes. Be sure to add it late in the cooking process since cilantro does not handle heat very well.