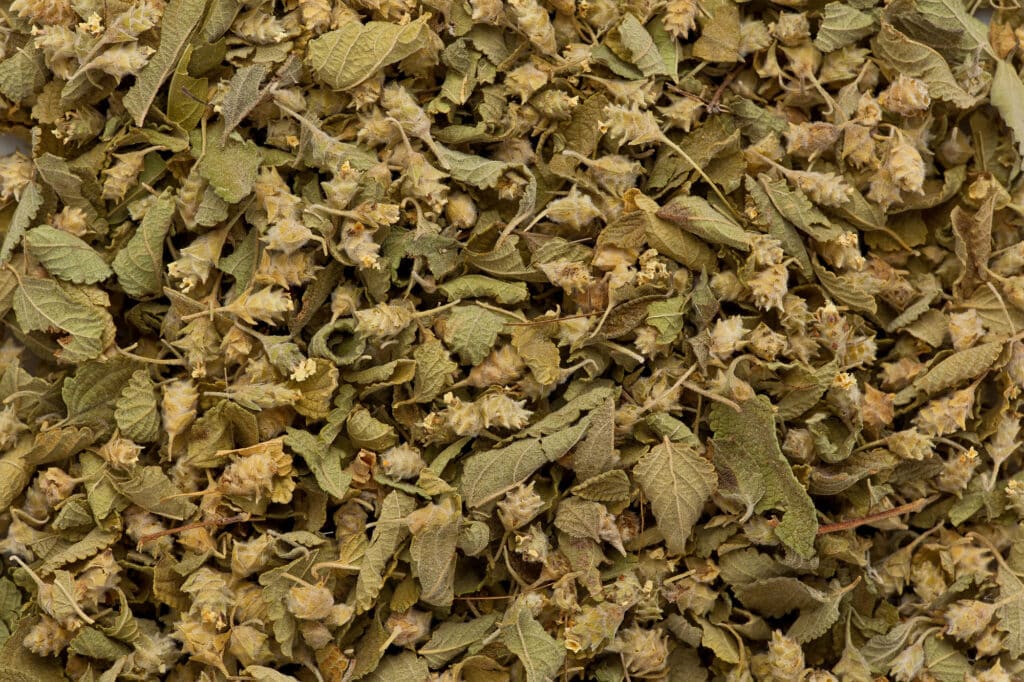 Mexican oregano is native to parts of Central America including Mexico and the Southwest US. Archeologists have found Mexican oregano leaves in various ancient sites in Mexico indicating that the herb has been used for a very long time. Mexican oregano is not related to Mediterranean oregano despite some shared flavor and aromatic notes. The herb actually belongs to the same family as another well-known herb: lemon verbena. The first European to encounter and classify Mexican oregano was Carl Sigismund Kunth, a botanist who documented flora in the New World.

Both the leaves and the flowers of the Mexican oregano plant can provide flavor but the leaves are more commonly used.

Mexican oregano goes by many different names including oregano cimarron and hierba dulce. In English, it is sometimes called Puerto Rican oregano. The botanical name is Lippia graveolens.

Along with its applications as a seasoning herb, Mexican oregano is widely used in Mexican traditional medicine. Tea made with the leaves has been used to treat diarrhea and colds.

Mexican oregano itself is not widely used outside of Mexico. Instead of the whole herb, many commercial food companies use the extracted essential oils instead.

The herb is produced and exported primarily by Mexico. Most of what they produce is exported to the US with about a third used in Mexico itself or exported to smaller markets.

Mexican oregano is known for being pungent and can withstand long cooking times. It is also pungent enough to be paired with strongly-flavored seasonings like cumin and chile peppers. The herb’s flavor can withstand drying so it is used both fresh and dried.

Mexican oregano is considered an extremely healthy herb because of the many nutrients it contains. The beneficial compounds include:

With Mexican oregano in your diet, you may be able to treat or prevent issues like:

Mexican oregano is used in cooking all over Mexico and it continues to play a major role in the traditional food of Native American tribes in Mexico including the Kickapoo. Mexican oregano is used to season bean dishes including soups like albondigas soup. It is used to flavor the traditional Mexican blood pudding called morcilla and is a key ingredient in pozole, chicken tinga as well as in various moles and salsas.

Mexican oregano is also used in the West Indies and shows up in some soups and stews. The herb is a popular seasoning in Spanish cooking and is preferred to Mediterranean oregano for some paellas.