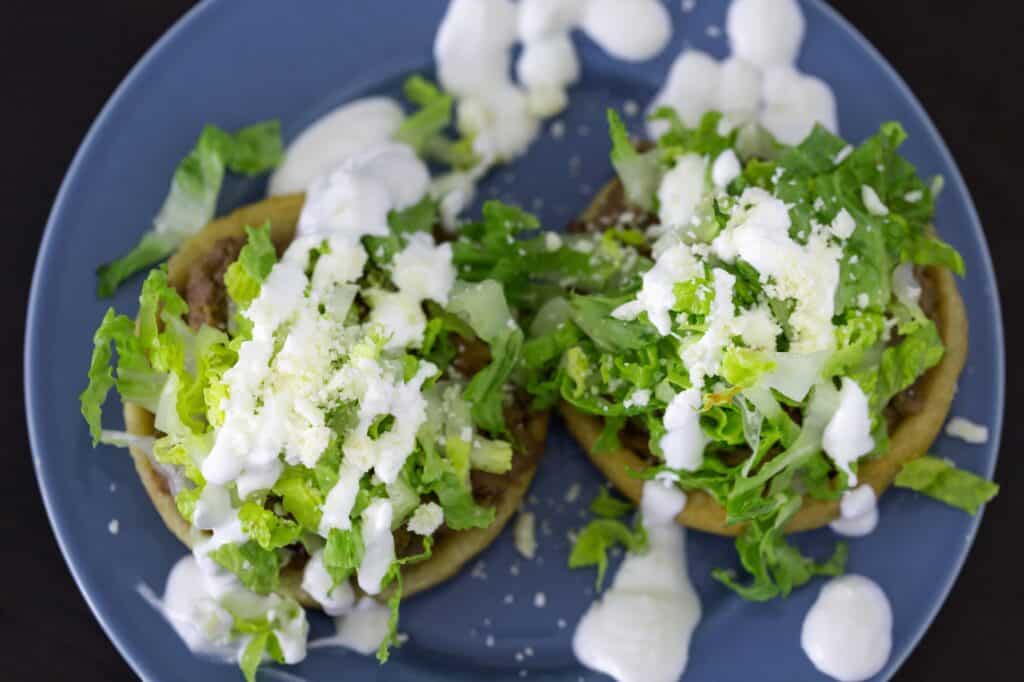 Mexican crema is also called crema Mexicana, crema agria or crema fresca. It is a cultured dairy product that is a variation of sour cream, which is believed to be European in origin by way of Russia and the Mongols. In other words, crema made its way to Mexico from Europe via Spanish colonists. Dairy was not a part of the Central American diet before Columbus’s arrival. The Spanish brought cattle and goats along with the culture of consuming their milk.

Mexican crema is no longer a novelty found only in Latin grocery stores. These days, it shows up in Anglo-American grocery stores that cater to immigrant communities and others who want to cook authentic-tasting Mexican-style food at home.

The flavor of Mexican crema is mellow and creamy with a hint of tartness. It is not as tart as American sour cream. It will often have salt added to it to give it a hint of savory flavor. Crema is thinner than other cultured creams. It is enough of a liquid that you can spoon or drizzle it onto foods.

Because it’s a cultured dairy product, Mexican crema does have benefits, but it’s not exactly good for you. Not only are its nutrients present only in small amounts, but its serving sizes are also relatively tiny since it is usually used only as a condiment. Small servings also limit the beneficial compounds that you can get. That said, here is some of what you can get from Mexican crema:

If you consume enough Mexican crema, you may be able to treat or prevent health problems like the ones below.

Mexican crema is a calorie-dense food, so you will want to exercise moderation if you are trying to lose weight. It also contains salt, which can contribute to high blood pressure and other health issues. Consider also crema’s saturated fat content, which is relatively high.

Mexican crema is primarily used as a garnish and a condiment for various Mexican foods including soups, tacos, and enchiladas. It is a common condiment for elote, the Mexican corn on the cob that is typically sold as street food, and you may see a dollop of it placed atop tostadas and sopes.

Crema is commonly used as a tool for lessening the heat of chili peppers. Its high fat content keeps it from curdling when you add it to hot or acidic dishes, unlike some other creams. While it is usually used in savory foods, it is occasionally also a condiment for sweet ones. For example, it can be drizzled onto strawberries and other fruit.