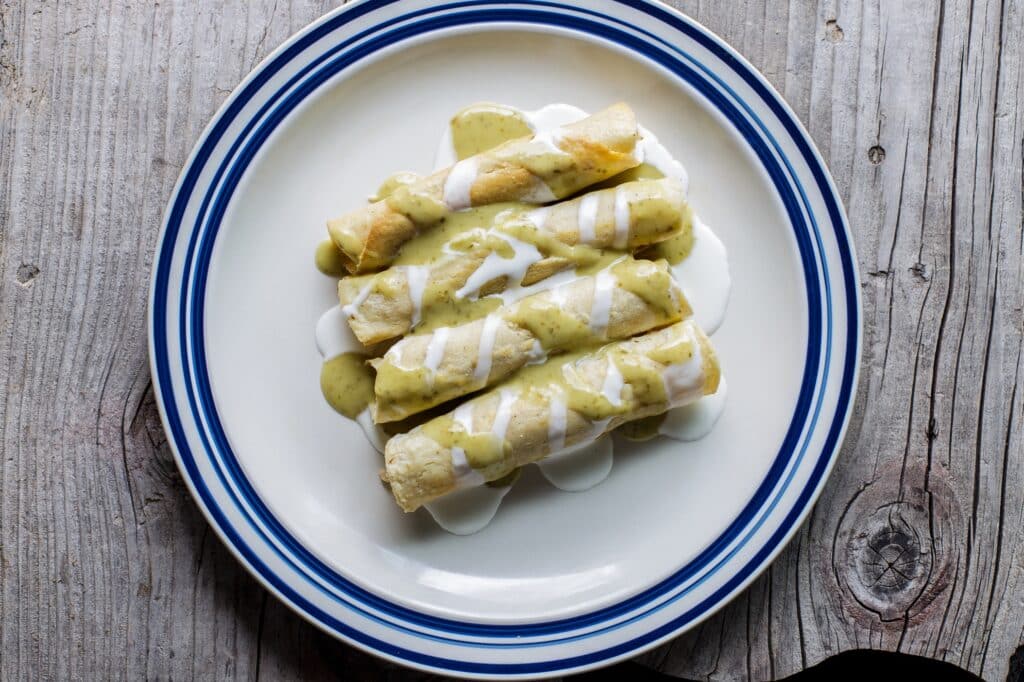 Mexican crema is the cultured cream most often associated with Mexican food. It makes dishes richer while adding a little sourness. It is versatile, and you can use it in multiple ways to accent a range of different dishes. Here are some of the best ways to use Mexican crema.

As a topping for Mexican dishes

The most famous use for Mexican crema is as a topping for elote. The name elote is used for Mexican-style corn on the cob that is commonly sold as street food. It is traditionally sprinkled with various seasonings including cotija cheese and drizzled with mayonnaise and crema. Mexican crema also works as a topping for other popular Mexican dishes like tostadas, and sopes. It can also be added to soups and salsas. Mexican crema is sometimes combined with lime, chipotle and other spices before being drizzled onto food.

As an ingredient in cooked dishes

One of the benefits of Mexican crema is that it does not curdle when heated. Its high fat content and low protein keep it from curdling or separating when added to dishes that are being cooked. Crema is used as a thickener in addition to enhancing richness in soups and sauces. Use it in chiles en nogada and rajas con crema.

Mexican crema is a good complement to eggs. You can use it in the same way that crème fraiche is used to make scrambled eggs — by beating it into the eggs to make them creamy — or you can use it as a topping for omelets.

Mexican crema’s creaminess and tang make it a versatile condiment that is as good in sweet dishes as it is in savory ones. Use it as a topping for fruit and pastries. It is popularly used on strawberries (fresas con crema) and is an essential ingredient in some chocolate cake recipes.

As a sour cream substitute

You will find the same properties that make sour cream a good condiment in Mexican crema as well. The thicker kinds of crema are decent substitutes for sour cream in many recipes. Use it as a condiment in European and US favorites like baked potatoes and borscht.

As a crème fraiche substitute

No cultured dairy product is as similar to Mexican crema as French crème fraiche. They both have a similar buttery creaminess accompanied by a subtle tang. Crème fraiche is used mostly in French and French-style dishes. You can replace it with Mexican crema in most recipes.

As a buttermilk substitute

As a cultured cream, Mexican crema can stand in for other cultured products like buttermilk. Buttermilk is made from milk after butter has been extracted from it. Buttermilk is commonly used in recipes for baked goods, where its lactic acids activate baking soda to create a leavening effect. You can use the thinner kind of crema just as you would use buttermilk, or you can combine thick crema with dairy milk to make a kind of buttermilk.

The reason that Mexican crema is often served alongside spicy Mexican dishes has to do with the effects of milk-based products on the heat from chili peppers. The heat in chili peppers comes from the compound capsaicin. Dairy products are uniquely able to lessen the heat from capsaicin because they can break the bond between the capsaicin and the nerve receptors in your mouth.