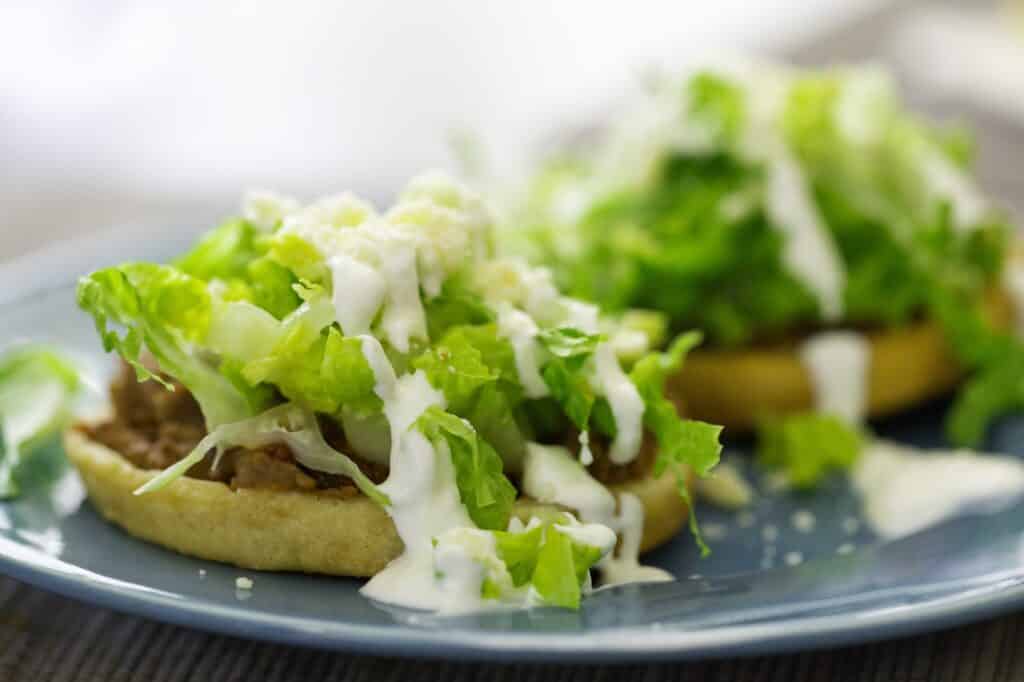 Mexican crema is a cultured dairy condiment used on some Mexican dishes. It is sometimes called crema fresca or crema agria. You can use Mexican crema to add creaminess and a tangy note or to reduce the heat in spicy dishes. If you have run out need a sour and creamy note in your Mexican or Tex-Mex dishes, here are some Mexican crema substitutes that provide a similar flavor profile.

The main characteristics of Mexican crema are its richness — which comes from its high fat content — and its mild acidity. The only other cultured dairy product that shares those properties to approximately the same degree as crema is France’s crème fraiche. It is easily the best Mexican crema substitute available. Like crema, you can use it in hot or acidic dishes because it won’t curdle, and it will provide the same balance of acidity and creaminess that you want from crema.

One big downside of crème fraiche has to do with its availability. It is well known among fans of French cooking, but it is still a niche product that you may have a hard time finding in many parts of the world outside of Europe. Another less significant problem has to do with consistency. Crème fraiche has a dense, paste-like consistency, while the most familiar Mexican crema is typically a liquid. You can thin your crème fraiche out with some milk or buttermilk to make it more like a liquid crema.

Mexican crema’s tartness and richness enable it to pair well with meaty and savory Mexican dishes, as well as with fresh salsas. Full-fat Greek yogurt has similar qualities with the additional benefit of being among the more widely available cultured dairy products on this list, so you should have no trouble finding it.

Despite containing more fat than light yogurt or low-fat yogurt, full-fat yogurt has much less fat than Mexican crema. As a result, you won’t get the same kind of richness and creamy mouthfeel that crema would give you.

In a pinch: Make your own crema

Like crème fraiche, it is possible to make a version of Mexican crema at home. In fact, DIY Mexican crema is almost identical to DIY crème fraiche. The ingredients for the most authentic versions are the same: heavy cream and buttermilk. The two are brought to room temperature and then left for several hours to begin the fermentation process. Eventually, the mixture will thicken and sour because of the bacteria that cause fermentation. Once it thickens, it should be refrigerated.

Other kinds of homemade crema that don’t require as much time might use a blend of heavy cream and sour cream with lime juice to enhance the acidity. These versions don’t need you to wait so that the bacteria can proliferate to acidify and thicken the cream.

While homemade crema’s flavor profile will be in the neighborhood of the commercial versions, it won’t be exactly the same. The difference might be a big deal in some dishes, while it won’t matter in others.

Sour cream is the most common American substitute for Mexican crema. It is commonly served alongside American interpretations of Mexican food, and it has the benefit of being available in most Anglo-American grocery stores. It is a cultured dairy product with some of the acidity and creaminess of crema, but it lacks the high fat content, so it is not as decadent and rich-tasting as crema.