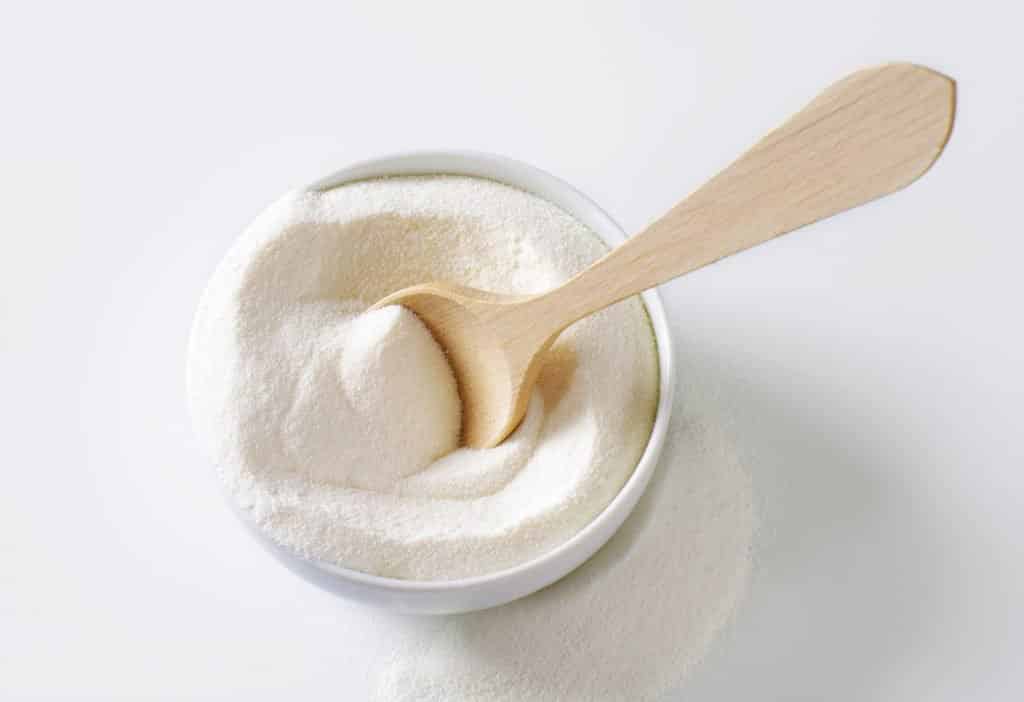 While meringue powder is a relatively new invention (most likely developed by the Wilton Brands company), there is not a lot of information on it. However, the ingredient it was invented to replace has a well-established position in the history of baking. The pastry made with beaten egg whites and that is known as the meringue is said to have been invented in Meiringen, a village in Switzerland. It was further improved in the late 1600s.

The first recipe using the meringue name appeared in a French cookbook published at the end of the 17th century. That same cookbook would be translated into English in the 18th century and would contain the first use of the word meringue in English. However, there are earlier mentions of baked items with the same ingredients and which were made with a similar technique in earlier English cookbooks.

Most meringue powder consists mostly of dried egg whites, which means that its flavor will be similar to that of fresh egg whites. You reconstitute meringue powder simply by adding a small amount of water and whipping it. Some brands do include a little vanilla flavoring along with sugar or another sweetener.

Aside from the pasteurized egg whites it contains, meringue powder does not have a lot going for it in terms of nutritional content. It does contain calcium, which makes it beneficial for building healthy bones and teeth. It also contains a modest amount of protein.

Meringue powder can be beneficial for reducing your fat intake since it contains no fat at all. You can consume meringues and similar baked goods made with meringue powder without substantially increasing the calories from fat in your diet while also taking in a small amount of protein.

Meringue powder is not a commonly required ingredient but in the recipes that do require it, one of the best-known uses is as the main ingredient for making royal icing. It is used for stability in royal icing. Royal icing is popular for use on wedding cakes and meringue powder helps to reduce the risk of foodborne illness when feeding a large number of guests. It is actually recommended for use instead of meringue made with egg whites when feeding large numbers of people. Meringue powder also works as an easier-to-use egg white substitute in angel food cake since angel food cake consists mostly of egg white with a little extra flour. Meringue powder may also be useful for making some mousses.

1 thought on “Meringue Powder: For Stiff Peaks In Less Time”