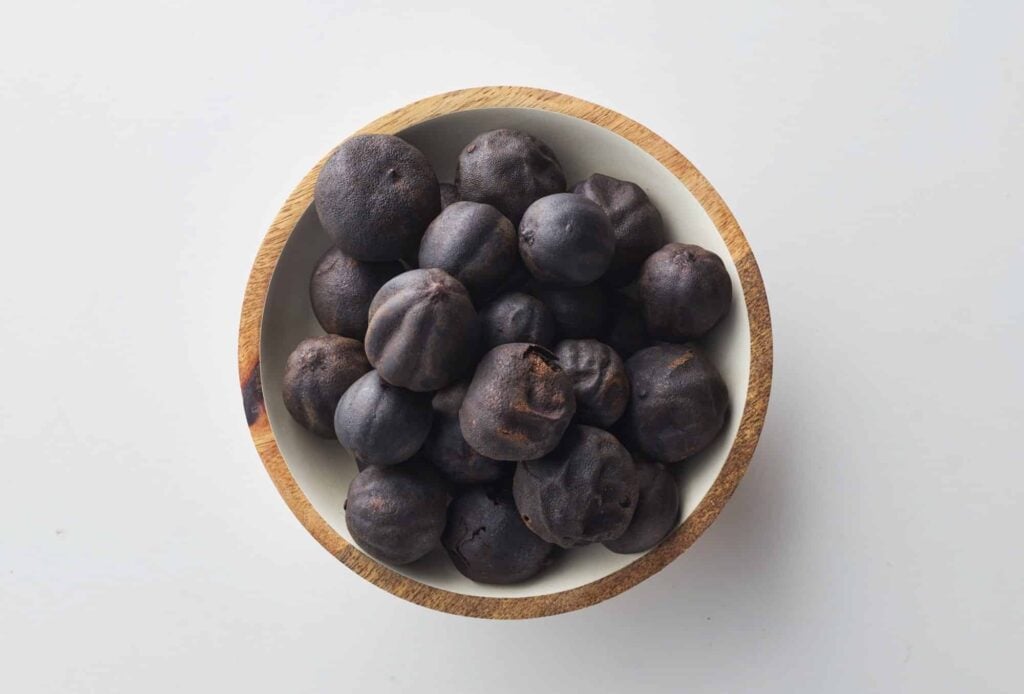 Loomi is one of the names for the dehydrated limes used in certain Middle Eastern and Persian dishes. Other names for loomi include black lime because the dried limes take on a dark, almost black color. Loomi can be used to offset unpleasantly gamey or fishy flavors. If you can’t find this spice in any stores near you, try one of the loomi substitutes below.

Your best bet: Make your own loomi

Making your loomi is not the fastest way to come up with a substitute, but it is relatively simple. Start by blanching some limes in lightly salted water and then drying them off. The next step will be to dehydrate the limes, which is traditionally done with the sun. If you live in a sunny and warm enough location, you can lay your limes out in the sun to dry them out.

You can use whole limes or slice them to shorten the dehydration time. Whole limes will take about a week in the sun, sliced limes will be shorter — how much shorter depends on the thickness of the slices. You can also dry the limes in a food dehydrator or an oven at the lowest setting.

In the dehydrator, it can take up to three days. In the oven, it should take about eight hours, depending on your oven’s lowest temperature; the lowest temperature varies from model to model. You may need to crack the oven door if your oven won’t get down to below 200 degrees. Cracking the door lets out some of the heat and the moisture.

Another popular Middle Eastern Spice, sumac grows in the Mediterranean region. Sumac spice consists of a small red fruit that is dried and ground to a powder. Cooks use sumac to give food a sour citrus taste, very similar to the taste of loomi; sumac is similar enough to citrus fruits in its flavor that it is sometimes used to make a lemonade-like drink.

Sumac’s downsides include the bright red color, which may be undesirable for some recipes that require loomi.

In a pinch: Lime or lemon zest

The zest is the outer layer of the lime or lemon rind. The best way to remove the zest is with a specialized tool called a zester, but a grater or even a sharp knife can do the job almost as well. The fresh zest will provide a flavor with many of the same strong citrus notes as loomi. The zest has the upside of being easier to source than loomi since fresh limes and lemons are relatively common and affordable in many places. The drawback of fresh zest is that it may lack some of the loomi’s complexity.

Lime juice will provide the acidity that you would get from loomi, so it may work in some applications. Lime juice won’t have the strong lime flavor that loomi would give you, and it will add extra moisture to your dish, which can be a problem depending on the dish.

Tamarind can provide some of the fruity sour notes that you would get from loomi, though it won’t provide the citrus element. Tamarind is a legume from Africa with a fibrous tart pulp that is heavily used in Indian cooking. Indian grocery stores sell tamarind in the form of a paste, or you can get the pulp frozen or in compressed blocks.