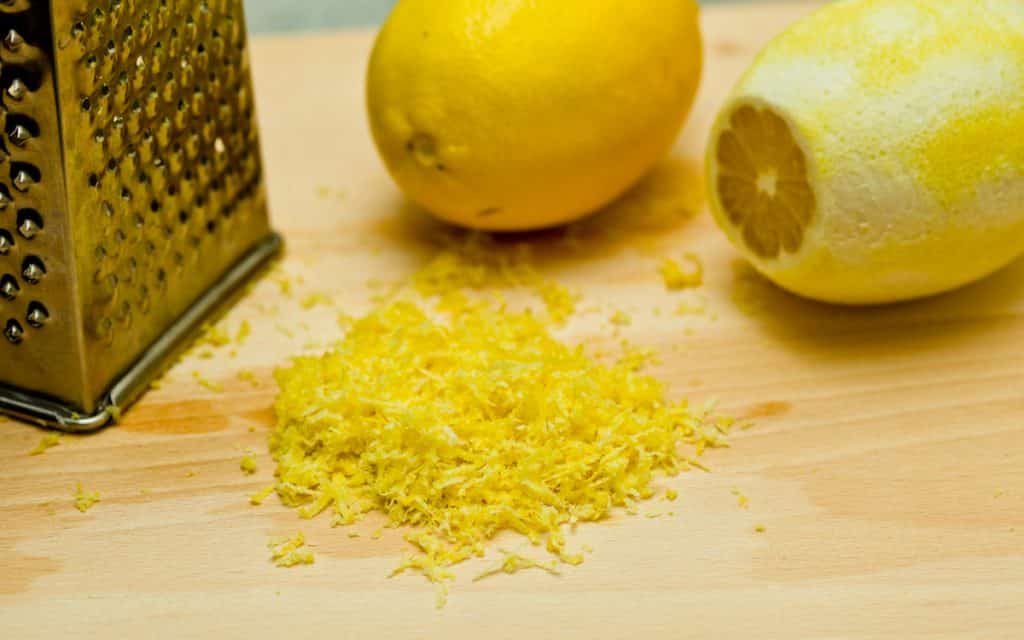 After originating in Northern India, lemons made their way to other parts of the world by about 100 BC and would be used mostly as ornamental plants until 10 AD. They would be introduced to Europe by Arabs conquering Spain and then taken throughout the rest of the continent by returning Crusaders.

The zest or outer portion of the lemon peel would eventually become a popular spice and would be included in recipes from as early as the 15th century. The word zest would emerge in the 17th century as a term indicating citrus peel used for flavoring. The origin lies in the French word zeste. The definition has since been refined to indicate the colored part of the peel without the white pith underneath. The zest of the lemon would be a crucial flavoring ingredient for French pastries before vanilla became widely available.

Lemon zest provides a deep lemon flavor to dishes. You can use zest cooked or raw. In its raw form, the heat will mellow it out and cause it to release its oils. The oils will give your dishes a blend of floral and citrus notes. The flavor from lemon zest can be effective in both sweet and savory dishes. Lemon zest can also be eaten in raw form where it will add a mild bitterness and sharp citrus aroma to salads and pestos.

Lemon zest’s flavor also helps to enhance other flavors when used in small amounts. Use a pinch in apple pie filling or in your berry pies to make their flavors pop.

Lemon zest is what contains lemon oil. Lemon oil contains a number of components that are beneficial for health, including:

The compounds in lemon zest can help with the treatment and prevention of:

Lemon zest is used in desserts like lemon bars and lemon meringue pie. You can use it to flavor a lemon ice cream or lemon sponge cake. It works well in savory dishes too; use it with seafood and pasta or in a pan sauce for grilled meats.