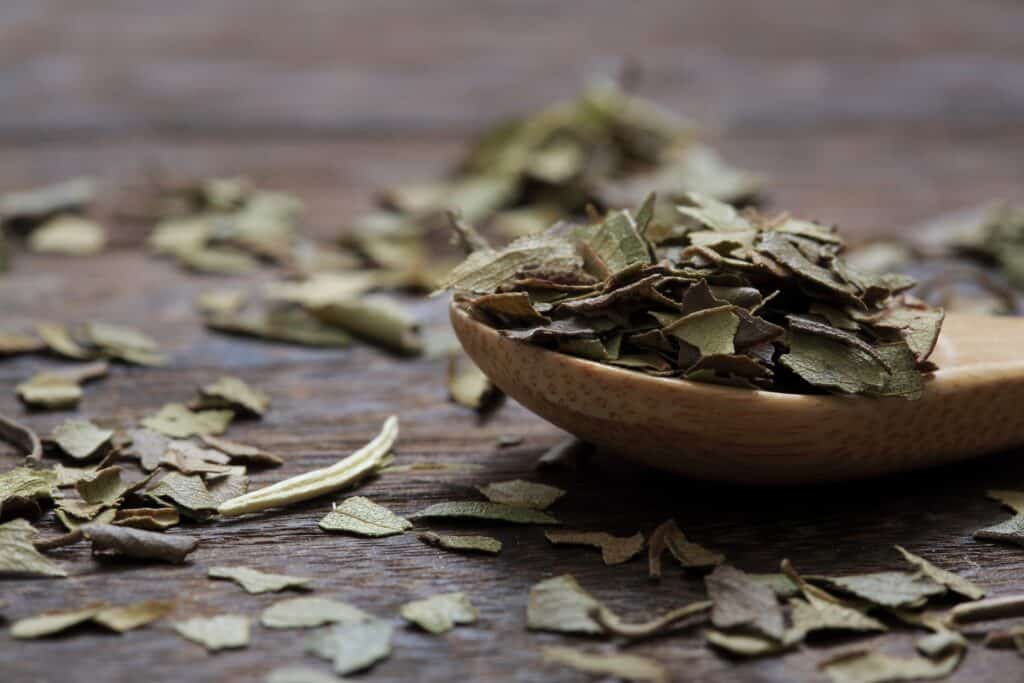 Lemon myrtle is an indigenous Australian plant that is native to the coastal part of Queensland, Australia. It is one of the most widely known of the bush tucker herbs sourced from the Australian wilderness.

Lemon myrtle leaves have been used by the Australian Aboriginal people for centuries. They used it both for its medicinal value and for the flavor that it gave to food. It was used topically and as a treatment for coughs and colds. They sometimes soaked the leaves in water, placed them over a fire, and then inhaled the vapors from them.

The botanical name of the lemon myrtle plant is Backhousia citriodora. It got its name from Ferdinand von Mueller, who named the genus after James Backhouse, a Quaker missionary and botanist. Mueller was a botanist and physician from Germany who moved to Australia in 1847. In 1889, a German company with the name Schimmel & Co. identified the compound responsible for lemon myrtle’s flavor and aroma: citral.

Lemon myrtle was distilled commercially in the small Queensland town of Eumundi in the early 20th century and would be used to flavor soft drinks during World War 2. Its use in beverages was the first time the plant was used commercially. In the late 1980s, its usefulness as a culinary herb was discovered. It grew in popularity throughout the 1990s, so much so that large lemon myrtle farms were developed to meet the demand.

The flavor of lemon myrtle bears a substantial similarity to lemongrass and citrus fruits. It has the taste and aroma of lemon and lime without their acidity, which allows it to be infused into dairy products without curdling them. It has been described as having a more intense lemon note than the lemon fruit. Lemon myrtle also can maintain its strong flavor and aroma for longer than other sources of the flavor.

Lemon myrtle’s long history as medicine is due in part to valuable compounds it contains like:

By consuming lemon myrtle, you may be treating or preventing health problems like:

Lemon myrtle is one of Australia’s most popular native flavorings and is used in various food products. One of the popular applications is in tea. Lemon myrtle is sometimes added to black and green teas to flavor them.

It is also used as an alternative to lemongrass in Asian stir-fries. Australian cooks and bakers use lemon myrtle in a broad range of dessert products, including cakes, liqueurs, and syrups. They use it in savory dishes too.

Lemon myrtle additionally works well as a fish and poultry seasoning. It is a pleasant addition to vinaigrettes and marinades.