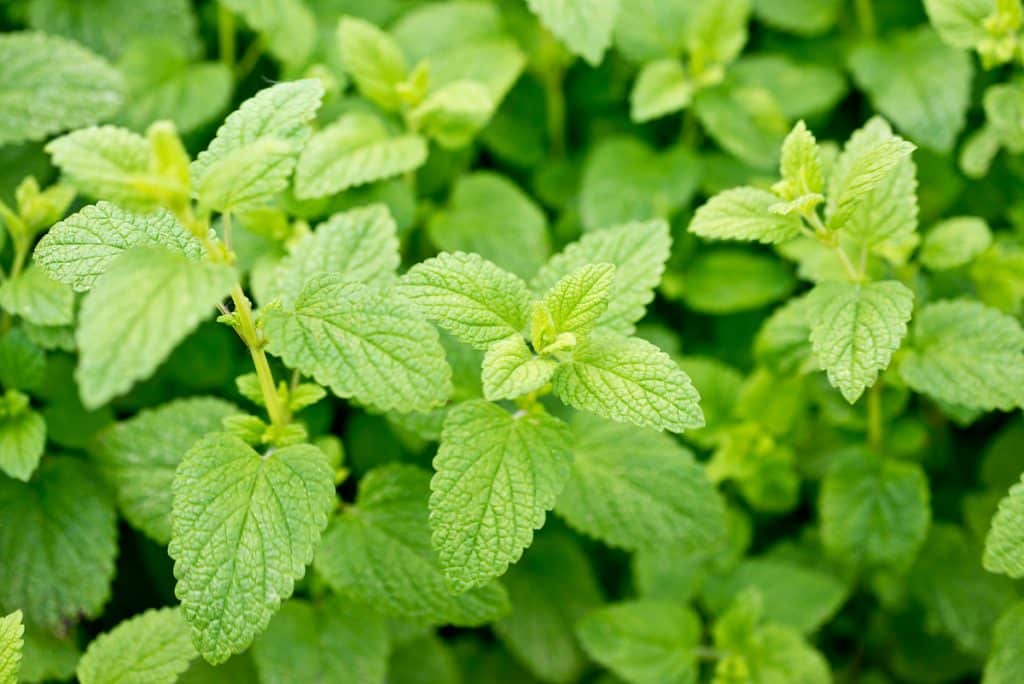 Lemon balm was still being used in the 14th and 15th centuries as English herbalists Gerard and Culpeper promoted the use of lemon balm and espoused Dioscorides’ views regarding its efficacy. Gerard believed lemon balm to be beneficial for treating wounds; Culpeper considered it effective as a remedy for boils in addition to being valuable for spleen and liver health. Both claimed that it relieved melancholy and sadness.

Lemon balm was used in Carmelite water, an herbal concoction of the Carmelite nuns that was first made in the 14th century or the 17th century, depending on which historical source you believe. Along with the lemon balm, Carmelite water contained angelica root along with lemon peel and nutmeg. It was thought to lengthen life and relieve headaches. Versions of it have been sold in Germany in the modern era.

Lemon balm was used for strewing among church pews in the 1800s and the oil from it has been used as a furniture polish. Colonists would bring the herb to North America, where they used it in potpourri and in tea. It was used as a lemon substitute in jams and jellies as well as for attracting bees to hives. Thomas Jefferson was known to grow it in his garden.

Lemon balm has a lemony flavor with a hint of mint. The flavor of the fresh herb is subtle and does not stand up well to long cooking, which means that it should be added at the end of the cooking time or used in lightly cooked (or uncooked) dishes.

Lemon balm’s value as a medicine is evidenced by the fact that it is rich in a number of health-promoting compounds like:

Because of the compounds above as well as many others, lemon balm may be an effective treatment for:

Lemon balm is a common ingredient in Asian cuisine. In India, it is added to curries and other dishes. The Dutch use lemon balm to counteract the strong flavor of pickled eel. Elsewhere in Europe, lemon balm is used in dishes that also feature tarragon and is used to flavor the liqueur known as Chartreuse. Other applications include using it as a tea herb and as a source of lemon flavor in cocktails and other beverages. Add it to salads or use it in salad dressing as well as in custards, sorbets, and other desserts.