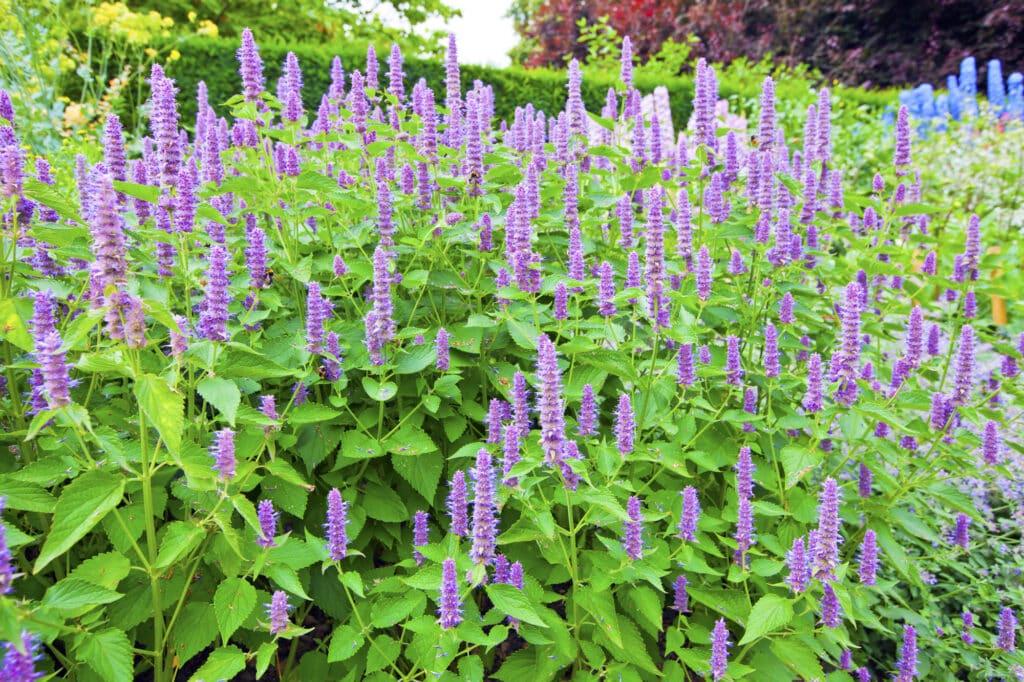 Korean mint’s botanical name is Agastache rugosa. People have been eating it and using it as a medicine for a long time — the first recorded use of the herb was around 500 AD. It has several other names such as Chinese patchouli and blue licorice. Along with Agastache foeniculum, Korean mint is sometimes called licorice mint. Koreans call it baechohyang, but a more common name is banga; the Chinese call it huo xiang. It is one of the main herbs of traditional Chinese medicine.

Korean mint belongs to the Lamiaceae family, which makes it a relative of mint and basil. It is native to various parts of Asia including China, Japan and Korea. Korean mint is the only herb in the Agastache genus that is not native to North America. Consumption and cultivation in Korea are concentrated in the southern parts of the country.

The Korean mint genus name comes from two Greek words: Agan and stachys. Agan means much or very much while stachys means ear of wheat or wheat stalk and refers to the herb’s flower stalks.

The Korean mint aroma is similar to that of anise or licorice. The leaves are known for being particularly pungent, so much so that it is easy to go overboard with it. A strong mint note complements the anise/licorice flavor.

Korean mint gets its health benefits from the various nutritious compounds it contains. These compounds include:

You can use Korean mint to treat or prevent health conditions like:

Korean cooks use Korean mint in dishes like maeun-tang, which is a fish stew. It also shows up in some versions of the pancake dish called buchimgae. Korean mint leaves may be consumed raw in salads, though they are coarse and you may need to chop them finely. They are also strong, so add them in moderation so that they don’t overpower other flavors.

You can try using them in the dressing instead of as a salad green. You can use them to make a tea as well; tea is the most common way to consume the herb. You can make Korean mint tea with the fresh or the dried herb. You can use Korean mint in place of other mints for making ice cream and custards, and it works well in some baked goods like cakes and cookies. Use it with lamb or pork just like regular mint or add it to vegetables like carrots and squash.